The State Department's terrorism threat warning for Europe is probably meaningless. If it isn't, it'll be perceived that way. 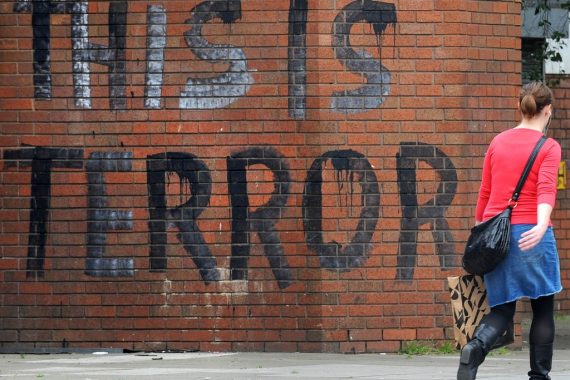 Yesterday, the State Department issued a Travel Alert for citizens  warning of “the potential for terrorist attacks in Europe.”

U.S. citizens are reminded of the potential for terrorists to attack public transportation systems and other tourist infrastructure.  Terrorists have targeted and attacked subway and rail systems, as well as aviation and maritime services.  U.S. citizens should take every precaution to be aware of their surroundings and to adopt appropriate safety measures to protect themselves when traveling.

But what, exactly, does this mean?

What the Government is specifically not saying — although the Alert itself does not make this clear — is that Americans should avoid travel to Europe.

The travel alert does not mention students specifically, but at a briefing Sunday, Patrick F. Kennedy, under secretary of state for management, was asked about study abroad and said that colleges should not call off programs.

“We’re not – we’re not recommending, that American citizens of any kind – business, tourism, study abroad – we are not – we are not, not, not saying that they should defer travel to Europe at this time, absolutely not,” said Kennedy.

Fine.  But, if Americans aren’t being advised not to go to Europe, what is it that we are being advised to do?  Shouldn’t people always be aware of their surroundings?  Especially in strange places?

So, aside from covering bureaucratic asses — Hey, we warned you! — this all accomplishes nothing.  Indeed, because we never stand down from high alert levels, we’ve created a Boy Who Cried Wolf Effect.   Even serious warnings are met with a shrug by most of us at this point.

UPDATE:   Lest new readers think this is some veiled swipe at the Obama administration, here’s the conclusion of my December 2003 post “Level ORANGE.”

Since the inception of the system, we have always been in either Elevated or High status. Because the level is set by a bureaucracy, it will likely always be either Elevated or High. No bureaucrat is going to be willing to take the risk of lowering the level to merely Guarded or–Heaven forfend–Low because, if they do, and an attack happens, heads would roll. Likewise, we’re unlikely to see the level raised to Severe unless we’re literally in the midst of an attack and already know it. No one is going to be willing to call Red Alert and then not have an attack happen.