A woman who had suffered a massive heart attack died after hospital personnel moved her out of a trauma room to accommodate a flu-stricken Michael Jackson, the patient’s family said. Jury selection in Jackson’s child molestation child had to be temporarily postponed Feb. 15 when the pop star was taken to Marian Medical Center in Santa Maria, Calif., complaining of flu-like symptoms. Manuela Gomez Ruiz, a 74-year-old grandmother, was moved from the primary trauma room and taken off the machine ventilator, with her breathing instead assisted manually by hand pump, until she was relocated to a smaller room nearby, her family told ABC News.

No one knows if moving Ruiz added to her trauma, but family members said they were told her heart was functioning at 30 percent and other organs were failing. But they say the chaos caused by Jackson’s arrival distracted staff, and robbed them of precious time with their mother and grandmother as she died. When Ruiz was moved to a smaller room, the family says equipment had to be crammed into the room. They also were limited to two visitors at a time. Once those visitors were in the room they could not leave and let other family members in because the hospital restricted movement in the hallways after Jackson arrived, the family says. “This was the last time we might be able to talk with our grandma. They took that from us,” said Marcos Meraz, one of Ruiz’s grandsons.

The hospital expressed its deepest sympathy to the Ruiz family for its loss. In a statement to ABC News, hospital officials said patient privacy laws prohibit any comment on patient care, but “we are confident, however, that our patients have and continue to receive high-quality compassionate and timely care.”

The hospital is at a severe disadvantage here, essentially unable to get its side of the story out because they are facing a lawsuit. Those of us without medical training, including the Ruiz family and the ABC reporters, have no idea why a woman in critical condition would be moved for someone walking in with flu-like symptoms.

The woman was 74, had a massive heart attack before coming in, and two more while at the hospital. My hunch is that saving her was beyond the hospital staff’s power. Certainly, though, moving her to another room in apparent preference for a wealthy celebrity added to the family’s confusion and grief. 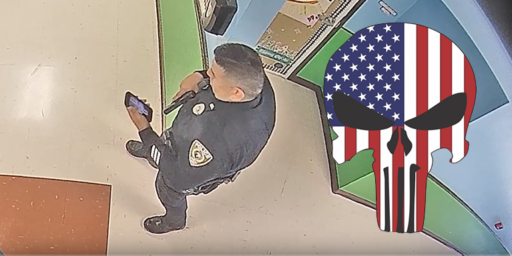