Federal prosecutors are investigating the Trump Inaugural Committee, adding to the long list of the President's legal troubles. 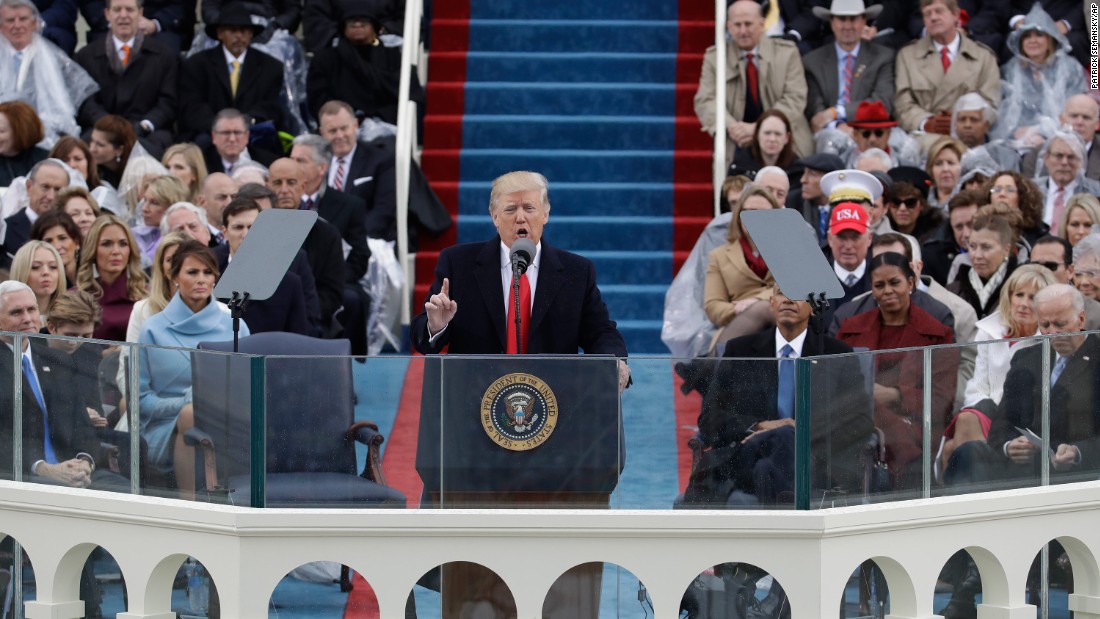 The Wall Street Journal is reporting that Federal prosecutors in Manhattan are investigating the Trump Inaugural Committee amid allegations that it misspent funds and sold access to the President:

Federal prosecutors in Manhattan are investigating whether President Trump’s 2017 inaugural committee misspent some of the record $107 million it raised from donations, people familiar with the matter said.

The criminal probe by the Manhattan U.S. attorney’s office, which is in its early stages, also is examining whether some of the committee’s top donors gave money in exchange for access to the incoming Trump administration, policy concessions or to influence official administration positions, some of the people said.

Giving money in exchange for political favors could run afoul of federal corruption laws. Diverting funds from the organization, which was registered as a nonprofit, could also violate federal law.

The investigation represents another potential legal threat to people who are or were in Mr. Trump’s orbit. Their business dealings and activities during and since the campaign have led to a number of indictments and guilty pleas. Many of the president’s biggest campaign backers were involved in the inaugural fund.

The investigation partly arises out of materials seized in the federal probe of former Trump lawyer Michael Cohen’s business dealings, according to people familiar with the matter.

In April raids of Mr. Cohen’s home, office and hotel room, Federal Bureau of Investigation agents obtained a recorded conversation between Mr. Cohen and Stephanie Winston Wolkoff, a former adviser to Melania Trump, who worked on the inaugural events. In the recording, Ms. Wolkoff expressed concern about how the inaugural committee was spending money, according to a person familiar with the Cohen investigation.

The Wall Street Journal couldn’t determine when the conversation between Mr. Cohen and Ms. Wolkoff took place, or why it was recorded. The recording is now in the hands of federal prosecutors in Manhattan, a person familiar with the matter said.

The inaugural committee hasn’t been asked for records or been contacted by prosecutors, according to a lawyer close to the matter, who said: “We are not aware of any evidence the investigation the Journal is reporting actually exists.”

The inaugural committee has publicly identified vendors accounting for $61 million of the $103 million it spent, and it hasn’t provided details on those expenses, according to tax filings. As a nonprofit organization, the fund is only required to make public its top five vendors.

AT&T Inc. and Boeing Co. , according to Federal Election Commission filings. There is no sign that those three donors are under investigation.

Federal prosecutors have asked Richard Gates, a former campaign aide who served as the inaugural committee’s deputy chairman, about the fund’s spending and its donors, according to people familiar with the matter. Mr. Gates has met with prosecutors from the Manhattan U.S. attorney’s office and the special counsel’s office.

Manhattan federal prosecutors in recent months asked Tennessee developer Franklin L. Haney for documents related to a $1 million donation he made to Mr. Trump’s inaugural committee in December 2016, according to a person familiar with the matter. Mr. Haney in early April hired Mr. Cohen, at the time serving as Mr. Trump’s personal lawyer, to help obtain a $5 billion loan from the Energy Department for a nuclear-power project, the Journal has previously reported. Mr. Haney was asked for documents related to his correspondence with members of the committee, meeting calendars and paperwork for the donation, the person said. A loan application by Mr. Haney’s company is still pending at the Energy Department.

A lawyer for Mr. Haney didn’t respond to requests for comment.

As a preliminary matter, of course, it’s worth noting that the fact that an investigation has been opened does not mean that there was any wrongdoing in connection with the committee. At the same time, though, it’s worth noting that this investigation began in the wake of the raid earlier this year on the home and offices of former Trump lawyer and “fixer” Michael Cohen, who has since pled guilty to a number of charges related both to his personal business and the work he did for Trump during the course of the campaign, specifically including the negotiation of agreements with a porn star and a Playboy model to buy their silence in the weeks before the 2016 Presidential campaign. Among the documents recovered during the execution of those search warrants, apparently, were documents related to the Inaugural Committee and its donors that at least suggest that there may be something worth investigating. It’s also likely that prosecutors received information regarding the committee from Michael Cohen himself during the more than 70 hours of talks he has had with prosecutors in New York and Washington since pleading guilty back in August.

It’s also worth noting that Inaugural Committees have long been problematic when it comes to the money that they collect to pay for the various events, entertainment and otherwise, that take place during and around the time of  President’s Inauguration. Unlike campaigns for Federal office, for example, these entities are generally not regulated by the Federal government except to the extent that they are non-profit organizations subject to the same Internal Revenue Service and other regulations that cover the operation of non-profit organizations. Because of that, and because of the large sums of money that these committees raise, there has always been a kind of taint about these committees to begin with. None of this is to excuse the possibility of wrongdoing here, of course, but it’s worth noting that it hasn’t been uncommon in the past for Inaugural Committees to come under investigation only to have those investigations end without anything significant resulting.

In this case, though, the allegations against the committee are fairly serious. They include not only the misuse of funds, which is a fairly serious allegation within the context of non-profit organizations generally speaking. Additionally, the fact that the committee may have taken in large sums of money from corporations and foreign sources hoping to gain access to the President or top policymakers who have the President’s ear. This includes alleged payments from officials in the Middle East from nations such as Saudi Arabia, the United Arab Emirates, and Qatar. What, exactly, did these entities get in exchange for their generous contributions to the Inaugural Committee? Clearly, this is something worth investigating.

Trump’s campaign. Trump’s transition. Trump’s inauguration. Trump’s presidency. Plus Trump & family. All are now under state and federal criminal and civil investigations. This is much more damning than Watergate, and it is just getting started.

The news is getting worse for the President by the day.