A Federal Judge has ruled that the N.S.A. metadata collection program is unconstitutional, but it's unclear if the ruling will have much of an impact. 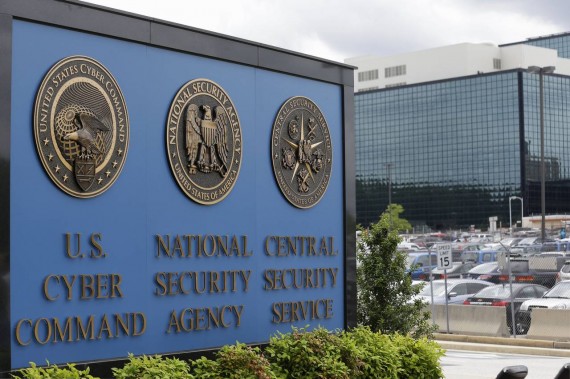 A Federal District Court Judge in Washington has issued a ruling in a long running case involving the National Security Agency mass data program finding that the program is most likely unconstitutional, meaning that further discovery can move forward:

WASHINGTON — A federal judge on Monday partly blocked the National Security Agency’s program that systematically collects Americans’ domestic phone records in bulk just weeks before the agency was scheduled to shut it down and replace it. The judge said the program was most likely unconstitutional.

In a separate case challenging the program, a federal appeals court in New York on Oct. 30 had declined to weigh in on the constitutional issues, saying it would be imprudent to interfere with an orderly transition to a replacement system after Nov. 29.

But on Monday, in a 43-page ruling, Judge Richard J. Leon of United States District Court for the District of Columbia wrote that the constitutional issues were too important to leave unanswered in the history of the program, which traces back to after the Sept. 11 terrorist attacks and came to light in 2013 in leaks by Edward J. Snowden, the former intelligence contractor.

“With the government’s authority to operate the bulk telephony metadata program quickly coming to an end, this case is perhaps the last chapter in the judiciary’s evaluation of this particular program’s compatibility with the Constitution,” he wrote. “It will not, however, be the last chapter in the ongoing struggle to balance privacy rights and national security interests under our Constitution in an age of evolving technological wizardry.”

Under the program, the N.S.A. has been collecting Americans’ phone records in bulk from telephone companies. It uses the data to analyze social links between people to hunt for hidden associates of terrorism suspects.

Judge Leon specifically ordered the N.S.A. to stop collecting phone records for one customer of Verizon: a lawyer in California and his law firm. But he did so, he wrote, knowing that the Justice Department had said that blocking the collection of just one person’s records might require shutting down the entire program because it would be technically difficult to screen him out.

The Justice Department said it was reviewing the decision but had no comment about whether it would appeal the injunction. Reuters reported on Monday that the N.S.A. had sent a memo to Congress saying that testing of the replacement system had begun.

The program began based on a unilateral claim of executive power by President George W. Bush. In 2006, the Justice Department persuaded the Foreign Intelligence Surveillance Court to begin issuing orders for the program under an interpretation of a provision of the U.S.A. Patriot Actthat permits collection of business records relevant to a national-security investigation.

In June 2013, Mr. Snowden leaked one such order to a subsidiary of Verizon. After substantial debate, Congress in June enacted the U.S.A. Freedom Act, which banned bulk collection under the Patriot Act after Nov. 29, and established a system under which the bulk data will stay with the phone companies but the N.S.A. can swiftly access it.

Judge Leon’s ruling that the bulk collection of calling records most likely violated the Constitution was novel because in 1979, the Supreme Court held that call logs or metadata — records showing who called whom and when, but not the content of what they said — was not protected by the Fourth Amendment.

Its ruling turned on the notion that people have no reasonable expectation of privacy for information they reveal to a third party, and they expose whom they are calling to phone companies. That case, however, involved one criminal suspect’s calls over several days, not call records of everyone in the country and the storage of them for five years.

Judge Leon argued that changing technological capabilities had brought call records into the ambit of Fourth Amendment protections. But last summer, an appeals court overturned his ruling on a technicality: There was not enough evidence that the plaintiffs in the case — including Larry Klayman, the conservative legal activist — had their calls collected by the program. Mr. Klayman was a not a customer of the Verizon subsidiary in the order Mr. Snowden leaked.

This ruling is the latest in a series of rulings by Federal Courts in Washington, D.C. and New York, including previous rulings by Judge Leon in this case and at least one other, regarding the NSA’s metadata collection program and other aspects of the surveillance regime that was revealed as past of the Edward Snowden revelations two years ago, but its unclear just what impact the decision will have going forward. For one thing, this is not a final ruling on the merits of the case, but rather a ruling on an interlocutory issue that was referred back to Judge Leon by the panel of the Court of Appeals for the District of Columbia Circuit. The underlying case itself remains under appeal in that court and, even if that appeal is resolved it would not lead to the end of the case since the underlying ruling was merely on a Preliminary Injunction. Additionally, it’s worth noting that other District Court Judges who have had this issue before them have ruled differently than Judge Leon, in now small part because they have not felt free to distinguish the Supreme Court’s ruling in Smith v. Maryland, which held that phone records, a form of metadata effectively, were not subject to the protections of the Fourth Amendment because individuals did not have a reasonable expectation of privacy in records held by a third party.

The real impact of this ruling going forward is also unclear given the fact that we are approaching the point at which the program that is the subject of this and other pending lawsuits will no longer be in effect. Instead, under revisions to the PATRIOT Act and other laws that Congress passed in June, the N.S.A. will only be able to get access to the metadata held by telecommunications companies if it first obtains a warrant. To some degree at least, that requirement addresses many of the problems that critics of the agency and its practices since the Snowden revelations first came out, but given the fact that the warrants in question will be granted through the Foreign Intelligence Surveilleince Act’s rules, which provides for largely secret Court proceedings, the issues that those revelations raised, and the standards under which warrants will actually be granted remain likely to be litigated for years to come. Additionally, the changes to the law do not fully address the overall issue of N.S.A. mass surveillance of American citizens that have been the subject of debate since the Snowden revelations. In any case, one can say that neither this case, nor any of the debates we have been having on this issue for the past two years would have happened if it weren’t for Edward Snowden. Notwithstanding the fact that I continue to believe that he should return from exile and face the consequences of his actions, he does deserve some measure of thanks for that.