Does a determination that NSA data collection practices are likely unconstitutional mean that Edward Snowden's actions were, in some sense, justified? 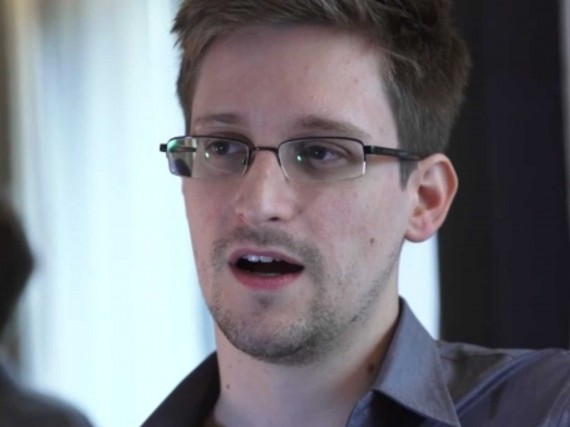 In the wake of yesterday’s ruling by Federal District Court Judge Richard Leon declaring that the sweeping metadata collection practices of the National Security Agency former NSA contractor Edward Snowden, who is primarily the one responsible for these programs becoming known to the world, is seemingly taking something of a victory lap:

A federal judge ruled Monday that the National Security Agency’s data-collection program likely violates the Fourth Amendment of the Constitution. No one seems happier about the ruling than NSA leaker Edward Snowden. “I acted on my belief that the NSA’s mass-surveillance programs would not withstand a constitutional challenge, and that the American public deserved a chance to see these issues determined by open courts,” Snowden said in a statement delivered to The New York Times by journalist Glenn Greenwald, who was given leaked documents by Snowden and was the first to report about the NSA activity. “Today, a secret program authorized by a secret court was, when exposed to the light of day, found to violate Americans’ rights. It is the first of many.”

Last night, Snowden’s chief journalistic ally Glenn Greenwald debated the issue of what the Court ruling meant for Snowden’s legacy. Not surprisingly, Greenwald takes the position that Judge Leon’s decision pretty much totally vindicates Snowden’s actions and, indeed, that it is Snowden’s actions are the only reason that the entire issue of government surveillance has been a topic of public discussion for the past seven months and, now, the subject of a ruling by a United States District Court Judge that has the potential to be utterly groundbreaking when it comes to defining the Fourth Amendment in the digital age. Toobin, as he has in previous discussions, takes the position that what Snowden was illegal, that he should have gone through official channels if he had concerns about what the NSA was doing, and that there’s pretty much nothing that can justify what he did.

Here’s the video of the full discussion:

This morning on Morning Joe, meanwhile, former Republican Congressman Joe Scarborough seemed to take the side of Snowden and Greenwald in this debate:

“If what the NSA did last year, what the government’s been doing for some time, violates the most sacred tenets of the Constitution, and as a judge said, James Madison would be deeply offended by what the federal government has done to pry into other people’s lives, does Edward Snowden then become a whistleblower?” Scarborough asked. “Because I don’t know what the definition of whistleblower is. But let’s say this is held up in the United States Supreme Court. If somebody exposes something that would be deeply offensive to James Madison and the framers of Constitution, I think Edward Snowden has a point.” “[Snowden] said from the very beginning that this was what he was trying to do,” said New York Magazine’s John Heilemann. “He said he wanted to expose the program so it could be challenged in an open court, which it had never been able to be done before, because of the the nature of the program. It’s now been challenged in open court…Edward Snowden, at least for today, stands pretty fairly vindicated in terms of what he did, what he said he wanted to do.”

Finally, The New York Times published an Editorial this morning that noted that Judge Leon’s decision has finally brought into a public, as opposed to completely secret, Courtroom, a debate that clearly needs to be engaged:

For the first time since the revelation of the National Security Agency’s vast dragnet of all Americans’ telephone records, a federal court has ruled that such surveillance is “significantly likely” to be unconstitutional. In a scathing 68-page opinion peppered with exclamations of incredulity, United States District Judge Richard Leon, of the Federal District Court of the District of Columbia, found that the seven-year-old phone-data collection program — which was established under the Patriot Act and has been repeatedly reauthorized by a secret intelligence court — “almost certainly” violates the Fourth Amendment’s prohibition against unreasonable searches. Reaching into the 18th century from the 21st, the judge wrote that James Madison “would be aghast” at the degree of privacy invasion the data sweep represents. (…) The judge, in granting the plaintiffs’ request for a preliminary injunction, ordered the government to stop collecting the plaintiffs’ phone data and to destroy any data it had already collected, but because of the “significant national security interests at stake,” he stayed his own ruling to allow the government to appeal. The decision applies only to the plaintiffs in this case, and not to the American public at large. Though the ruling is limited in those respects, it is an enormous symbolic victory for opponents of the bulk-collection program, and a reminder of the importance of the adversarial process. For seven years, these constitutional issues have been adjudicated under “a cloak of secrecy,” as Judge Leon put it. Now, that cloak has finally been lifted in a true court of law.

Even if Judge Leon’s opinion is struck down on appeal there is an inestimable value in the fact that this issue has now been dealt with by an American court in a public proceeding and a public opinion that will force Courts at a higher level, including potentially the Supreme Court of the United States, to deal with both the Constitutionality of the NSA metadata program and the entire issue of applying the Fourth Amendment and the issue of what constitutes a “reasonable expectation of privacy” to the modern world. Just as it was, I would argue, in the public interest for American citizens to be at least somewhat aware of what their government was doing for, and to, them under ht rubric of the War On Terror, it is similarly essential that the Courts deal with these issues sooner rather than later. This seems especially true considering that many of the precedents that are being applied today to issues involving the digital world and the cloud were handed down in a era when cellular phones were the size of bricks and many people still had rotary dial phones in their homes. As I noted above, none of this would be happening if it weren’t for what Edward Snowden did and the information that journalists like Glenn Greenwald made public based on the information that he provided.

So, does this mean that Snowden is, or should be vindicated, or that his actions were justified? As the Greenwald/Toobin debate embedded above shows, Snowden supporters would argue that it certainly does. Without him, we wouldn’t know about these programs and Judge Leon would not have had a case in front of him to rule upon. Some, like Toobin as well as the NSA officials who appeared on 60 Minutes on Sunday, would argue that this is exactly how it should be. In the modern world, the American public simply cannot be told everything that goes on in their name and the American people have to trust their duly elected and appointed representatives, and the people who serve under them, to do the right thing on their behalf. While I agree that there are things that need to be kept secret, not the least of them being operational details about ongoing military and intelligence operations, it strikes me that there’s something fundamentally wrong with the idea that we should, without question, trust our government to do what’s best for us. If nothing else, history has shown that they quite often do the exact opposite, especially when they are able to do it in secret. The argument “I’m from the government, trust me” may have worked in the days before Watergate, and before we learned about things done in secret by the U.S. Government during the Cold War, but it’s simply not believable anymore and, I’d suggest, it’s dangerous for American citizens to hold such naive, Pollyannish views about their government.

At the same time, though, Snowden’s actions do raise serious concerns. Admittedly, he broke the law when he downloaded and absconded with what apparently amount to millions of pages of documents regarding NSA intelligence activities. To his credit I suppose, he appears to have been more selective in what he has actually shared with Greenwald and other journalists, suggesting that there is material he is holding back because it would cause real damage to ongoing operations and intelligence assets. In this respect, I’d argue that Snowden is distinguishable from Bradley/Chelsea Manning, who turned over a treasure trove of documents to Wikileaks without any due consideration for what he was doing or what the consequences of his actions might be. Notwithstanding that fact, what Snowden did obviously violated the law and the law generally doesn’t have a “but it was done with care and for a good reason” defense, although that is certainly something that could be weighed at the sentencing stage of any criminal proceeding.

Any discussion about criminal liability, though, also needs to take into account things like The Pentagon Papers, which were provided to Daniel Ellsberg to the New York Times and Washington Post during the height of the final stages of the Vietnam War. Much like Snowden has apparently done, There was no question at the time, or now, that what Ellsberg did was illegal. Indeed, Ellsberg was charged and put on trial, but his case ultimately ended in a mistrial “Due to the gross governmental misconduct and illegal evidence gathering.” In any case, looking at the matter objectively, it’s hard to see any difference between what Ellsberg did and what Snowden did. Indeed, Ellsberg has said much the same thing and said that Snowden was right to flee the country given the current political climate and the manner in which the Federal Government now treats whistleblowers. While I would not necessarily argue that Daniel Ellsberg is the final authority on these issues, but if one believes that he did the right thing in his day, it strikes me that it’s difficult to logically argue that Edward Snowden did the wrong thing leaving aside for the sake of argument the fact that he fled the country.

So, we come back to the question that the title of this post asks. Has Edward Snowden been vindicated?

As a matter of the criminal law, the answer is quite obviously no, because justification is not a defense to the charges he faces. As a matter of morality, though, I find it to be a harder issue. As I’ve noted here and in other posts, but for his actions, we would not know about any of what the NSA was doing and the manner in which the privacy of American citizens and otherwise innocent people around the world was being violated in the name of the “War On Terror.” In my opinion at least, these are things that we have at least some right to know about rather than having to rely upon the good intentions of people operating completely in secret. Because of him, we’ve opened a debate on privacy, surveillance, and the limits of government authority that is long overdue in this country, and one that we would not be having otherwise. For that reason alone, I’d submit that, yes, he has been vindicated in at least some sense of the word.

Note: This original version of this post incorrectly stated that Daniel Ellsberg had not been charged. This was obviously incorrect and the post has been updated to set forth the correction. My apologies for the error.