Late breaking today is news that Federal officials are looking into possible threats of terror attacks tied to the tenth anniversary of the September 11th attacks:

But they emphasized that there was a great deal of uncertainty about the threat and said they were acknowledging it out of an abundance of caution. NBC News said police in New York City and Washington had been alerted.

“As we know from the intelligence gathered from the Osama bin Laden raid, al-Qaida has shown an interest in important dates and anniversaries, such as 9/11,” the Department of Homeland Security said Thursday in a statement.

“In this instance, it’s accurate that there is specific, credible but unconfirmed threat information,” the department said. “As we always do before important dates like the anniversary of 9/11, we will undoubtedly get more reporting in the coming days. Sometimes this reporting is credible and warrants intense focus, other times it lacks credibility and is highly unlikely to be reflective of real plots under way.

“Regardless, we take all threat reporting seriously, and we have taken, and will continue to take all steps necessary to mitigate any threats that arise. We continue to ask the American people to remain vigilant as we head into the weekend.”

An administration official told NBC News the threat “so far” was a 5 to 6 on a scale of 10.

We’ve seen reports like this several times over the past ten years and they’ve turned out to be little to worry about. Nonetheless, the reports of plans found among the documents in Abbottobad does raise some concern.

U.S. officials said Thursday evening they have “specific, credible but unconfirmed” information about a threat against the United States coinciding with the 10th anniversary of the September 11 terrorist attacks.

“We have received credible information very recently about a possible plot directed at the homeland that seems to be focused on New York and Washington, D.C.,” a senior administration official told CNN Pentagon Correspondent Barbara Starr.

The official said the plot was believed to involve three individuals, including a U.S. citizen, who may have entered the United States. U.S. officials believed the threat was a vehicle laden with explosives, but “the intelligence picture is not completely formed,” the official said. “Not enough is known about the potential operatives and their plotting.”

Another source gave CNN conflicting information about possible details of the threat.

A senior law enforcement official involved in briefings about the matter told CNN Justice Department Producer Terry Frieden that his best information is that the three individuals had not yet entered the United States.

One official said the information came in around noon Wednesday.

Officials said they were taking the threat seriously, while evidently trying to temper the news by saying such threats are commonplace during key events.

“It’s accurate that there is specific, credible but unconfirmed threat information,” said Matthew Chandler, spokesman for the Department of Homeland Security. “As we always do before important dates like the anniversary of 9/11, we will undoubtedly get more reporting in the coming days. Sometimes this reporting is credible and warrants intense focus, other times it lacks credibility and is highly unlikely to be reflective of real plots under way.

To say the least. Hopefully, this is another one of those times. 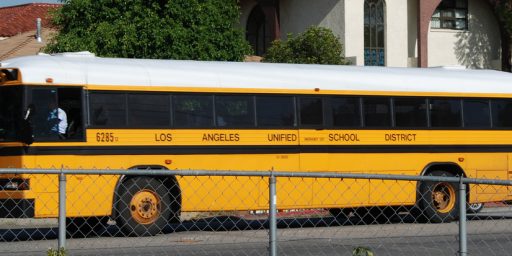