At some point, it will be time to move on. 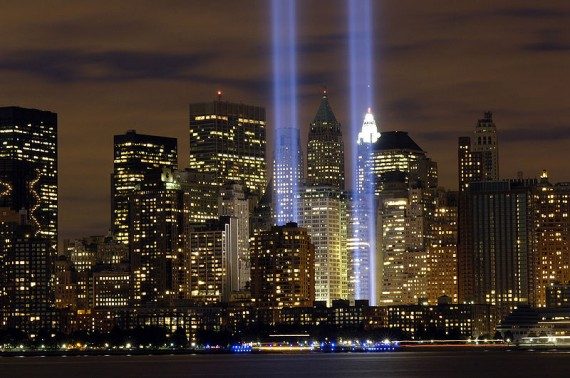 Starting in 2006 when the September 11th attacks were only five years in the past, MSNBC has marked the anniversary rebroadcasting NBC News’s coverage of the attacks as they happened on that fateful day in real time. The coverage would start just minutes after the first plane hit the World Trade Center at 8:46 am when American Airlines Flight 11 hit the North Tower of the World Trade Center, and continue non-stop through roughly Noon when it would make way for regular news coverage. During that time, anyone watching would be able to relive every moment of the attacks as they were covered live on television, including coverage of the moments when United Flight 175 flew into the South Tower at 9:37 am, the initial reports of a fire at the Pentagon which turned out to be the result of American Airlines Flight 77 hitting the Pentagon, and then the reports about a passenger jet crashing near Shanksville, Pennsylvania that turned out to be United Airlines Flight 93, which was apparently headed for the Capitol Building in Washington had the passengers on that flight not taken matters into their own hands. In between, there were, of course, the rumors about other unaccounted for planes in the air, rumors about other fires in the Washington, D.C. area, as well as reports about the evacuations at the White House and the Capitol Building. In between, there was the statement from President Bush just minutes after the attacks became public knowledge, and, of course, the horrifying sight of both towers of the World Trade Center collapsing. I can remember watching all of this unfold live on television from the office where I was working at the time and wondering how many people I’d just seen die live on national television. Seeing it rebroadcast every year for a decade was at the same time captivating and disconcerting.

This year, for the first time since 2006, that programming was missing from MSNBC’s lineup. At first, I assumed that this was due to the fact that the network was deep into covering the ongoing impact of Hurricane Irma, which has caused a destruction of its own kind in Florida and threatening the Southerneastern United States as we speak. As it turns out, though, the decision not to run the 9/11 coverage again had nothing to do with Irma. Brian Stelter, the host of CNN’s Reliable Sources reported this morning on Twitter that the network had made the decision not to run the footage this year earlier this summer and instead focus on other ways to mark the anniversary and talk about the 9/11 attacks. This doesn’t mean there was no coverage of the anniversary today, of course. Like all of the other cable networks, MSNBC broadcast the moments of silence that occurred this morning, President Trump’s speech at the Pentagon, and parts of the memorial service that has taken place at Ground Zero in New York City since 2002. Without the real time rebroadcast that the network had run for the previous ten years, though, this anniversary of the attacks felt different somehow, and I suspect it signals a shift in the way we remember the attacks in years to come.

Six years ago, when the nation marked the tenth anniversary of the attacks, I noted the fact that there was a marked difference between the way the media was covering that anniversary, and the way the nation dealt with the tenth anniversary of another national tragedy, the attack on Pearl Harbor. As I noted at the time, there was no national obsession with the anniversary in the way that we displayed over the anniversary of the 9/11 attacks. In part, of course, that was because the war that began on December 7, 1941 had been over for six years and the United States was at the start of what became a four-decade long standoff with the Soviet Union in which our former adversaries in Germany and Japan became close allies. In fact, in December 1951 American troops were fighting a Communist regime in North Korea and its Chinese protectors and Japan was both an ally in that war and a place where soldiers granted leave would visit for rest and recreation. Germany, meanwhile, had become the frontline in the European standoff with the Soviet Union, with West Berlin as the hot point of that standoff. By contrast, in both 2011 and today, the war that began on that bucolic September morning sixteen years ago is still going on, and it shows no signs of ending anytime soon. It’s because of that, in part, that I suspect “remembering” the attacks seems like far more of an opening wound considering that we’re now at the point where there are people in college and High School who have no living memory of the day and that they will soon be replaced by people who weren’t even alive when the attacks took place.

All of this led to a Twitter conversation this morning that I think is worth reproducing:

However, except for “significant” anniversaries (next one at 20), I don’t care for the “National Day of Mourning” attitude. #September11 2/?

“You’re sad. You mourn the loss. But you can’t wear the black arm band forever.” #September11 4/4

To which I responded:

I think once we hit 20 or maybe 25 years, it will become less of a thing. This year is the first time I can remember that MSNBC isn’t /1

isn’t rerunning the Today show coverage of 9/11. Partly, I assume, that’s because of #Irma. But still, you’re right, at some point /2

you have to move on. Even the NYPD and NYFD stopped wearing the black band on their badges at some point. 3/3

None of this is to suggest, of course, that we should forget what happened on September 11th, 2001, far from it in fact. Like Pearl Harbor, it was a horrific attack that took the lives of thousands of people and changed the course of history over the course of only a few fatal hours. It will obviously be a historic event that will be remembered as long as the United States exists. For the same reason, it’s also appropriate that we engage in the public memorials that take place in New York, Washington, and Pennsylvania. Additionally, the fact that the events are that day are something that so many of us saw unfold live on television and that they impacted two of the most important cities in the country means that they will likely continue to resonate in a way that Pearl Harbor didn’t due simply to the differences in how the media worked and the fact that Hawaii was, at the time, a distant place in the minds of most Americans. Finally, as long as we continue to fight the unfortunately named “War On Terror” it’s likely that the event that marked its beginning will continue to be a moment that is marked both solemnly and with a large degree of media coverage.

At the same time, though, as the Twitter conversation above notes, there does come a time when it comes time to leave the mourning behind. As I noted, even the police officers and firefighters in New York City eventually took the black bands off their badges. It doesn’t mean they’ve forgotten what happened, it just means that there comes a time to move on. Perhaps we’ve reached that point now that we’re at the sixteenth anniversary of the attacks. No doubt, we’ll see expanded coverage when we reach years like 2021, 2026, and so forth. Eventually, though, there will come a time when the September 11th attacks are as far in the past as Pearl Harbor is today. At that point, there will be more people alive for whom the attacks are events in a history book than there will be people with a living memory of September 11th and it will likely be the case that the anniversary will be marked in different ways than we see today. That won’t be a bad thing it will just be reality.

Previous posts on the anniversary of the September 11th attacks: