Feds Will Not Honor California Voter’s Decision On Marijuana Legalization

California voters are two weeks away from possibly legalizing marijuana, but the Federal Government doesn't care. 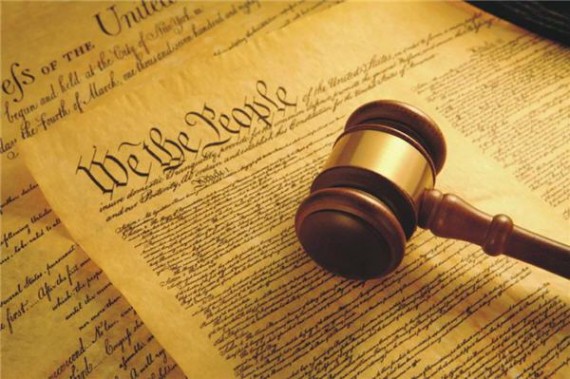 Attorney General Eric Holder announced today that even if California voters approve Proposition 19, would legalize marijuana in the state, the Federal Government still intends to prosecute California citizens for consuming a product that is legal within their state’s borders:

SAN FRANCISCO (AP) — Attorney General Eric Holder says the federal government will enforce its marijuana laws in California even if voters next month make the state the first in the nation to legalize the drug.

The Justice Department strongly opposes California’s Proposition 19 and remains firmly committed to enforcing the federal Controlled Substances Act in all states, Holder wrote in a letter to former chiefs of the U.S. Drug Enforcement Administration. The Associated Press obtained a copy of the letter, dated Wednesday.

“We will vigorously enforce the CSA against those individuals and organizations that possess, manufacture or distribute marijuana for recreational use, even if such activities are permitted under state law,” Holder wrote.

The attorney general also said that legalizing recreational marijuana in California would be a “significant impediment” to the government’s joint efforts with state and local law enforcement to target drug traffickers, who often distribute marijuana alongside cocaine and other drugs.

This isn’t a surprise, of course.

The Federal Government took the same position in 1996 when California voters approved Proposition 215, which legalized marijuana for medicinal use. Despite the clearly expressed will of the California people, and despite the fact that in these particular cases the use of marijuana was being authorized by physicians, the Federal Government continued to prosecute Californians under Federal drug laws that are, typically, much harsher than state drug laws. The Supreme Court ruled in Gonzalez v. Raich that the Federal Government was authorized to do this, even in a situation where the marijuana was grown, prescribed, sold, and consumed, entirely within the confines of the State of California. The Obama Administration has placed a hold a prosecutions of medical marijuana users in California, but there’s no reason that they couldn’t resume at any moment.

All of this raises a question.

If the voters of California want marijuana to be legal within their borders, why should the Federal Government be able to say otherwise? As a practical matter, of course, there is a difference between the California Criminal Code and Title 18 of the United States Code, but that only tells us what is, not what should be. Where in the Constitution, for example, is the Federal Government even authorized to make laws dealing with possession of any substance within the borders of a state where that substance is legal? This strikes me as a perfect example of both the perversion of the Commerce Clause that Dodd  wrote about last week, and the need for the reinvigoration of the Tenth Amendment.  Drug laws should be, for the most part, a purview of state rather than Federal law, and if the people of California want to make marijuana, or any other substance, legal, I don’t see why Eric Holder should be able to tell them otherwise.