When I started this thing, the blogosphere was in its infancy, with most of the big political sites no more than a year or two old. There were still regular Big Media pieces explaining, often incorrectly, exactly what a “blog” was. Now, the most popular blogs are getting traffic numbers rivaling newspaper circulation rates and one can envision in the not-too-distant future a day when we’ll have to explain to the kids what a “newspaper” was.

We’re a couple weeks shy of hitting the 25 million unique visitor mark on SiteMeter, which is the only measure I have that goes back more-or-less to the beginning of the site (February 4th); others have been lost and different metrics used as we’ve switched site hosts.

Thanks, as always, to all who visit, comment, and link.

*That post, and the first three months’ worth, were at Blogspot at a URL that has since been hijacked. Thankfully, all the posts were migrated to this domain. 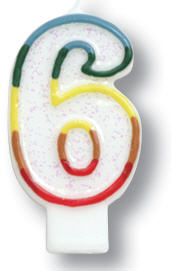