The Huffington Post‘s headline shortly after Rick Perry officially announced his candidacy wins the day, if not the week: 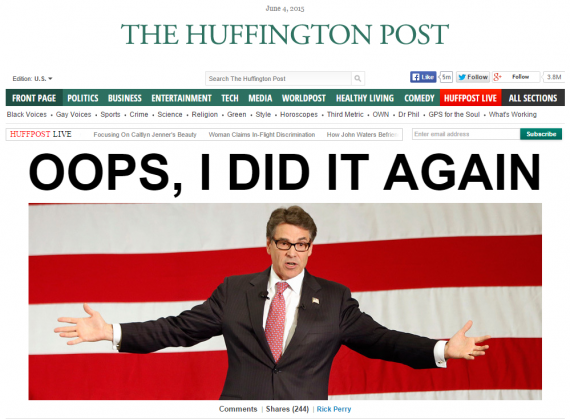