If You Are Not The Intended Recipient Of This Blog Post, Please Notify The Sender Immediately 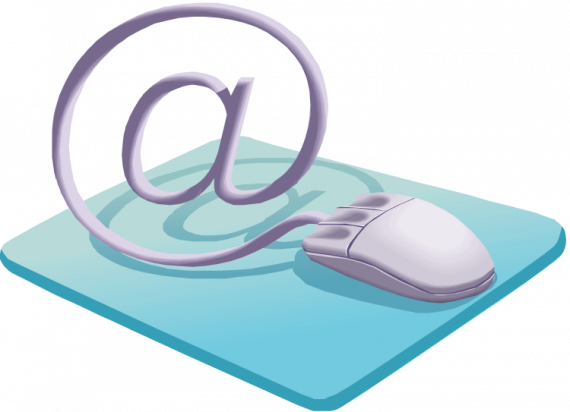 Via Ezra Klein comes this Economist story about something that has been a pet peeve of mine for at least a decade now:

“IF THIS e-mail is received in error, notify the sender immediately.” “This e-mail does not create an attorney-client relationship.” “Any tax advice in this e-mail is not intended to be used for the purpose of avoiding penalties under the Internal Revenue Code.” Many firms—The Economist included—automatically append these sorts of disclaimers to every message sent from their e-mail servers, no matter how brief and trivial the message itself might be.

E-mail disclaimers are one of the minor nuisances of modern office life, along with fire drills, annual appraisals and colleagues who keep sneezing loudly. Just think of all the extra waste paper generated when messages containing such waffle are printed. They are assumed to be a wise precaution. But they are mostly, legally speaking, pointless. Lawyers and experts on internet policy say no court case has ever turned on the presence or absence of such an automatic e-mail footer in America, the most litigious of rich countries.

Many disclaimers are, in effect, seeking to impose a contractual obligation unilaterally, and thus are probably unenforceable. This is clear in Europe, where a directive from the European Commission tells the courts to strike out any unreasonable contractual obligation on a consumer if he has not freely negotiated it. And a footer stating that nothing in the e-mail should be used to break the law would be of no protection to a lawyer or financial adviser sending a message that did suggest something illegal.

These disclaimers first started showing up in the era of fax machines and they were mostly, I would imagine, put there by non-technology savvy attorneys concerned about protecting the attorney-client privilege on the chance that a fax communication was (accidentally?) sent to the wrong person. Even then, though they were rather absurd because they would typically include instructions that if you aren’t the intended recipient then you needed to (1) notify the sender, (2) mail the original back to them at the address on the letterhead, and (3) destroy and copies that were made. Honestly, I don’t think anyone ever bothered to comply with those instructions.

When business communications started moving into the email realm, the disclaimers quickly followed thanks to the email programs that allow users to automatically insert footers and signatures in an email. In one case, I recall a disclaimer that had obviously been copied  from a firm’s Fax Cover Sheet template because it still contained the word “facsimile.” Moreover, in the legal profession at least, confidentiality of communications doesn’t depend on the existence of a disclaimer but on who the communication is with (short version: unless the communication is with a client and only with a client, it isn’t confidential). The disclaimer is meaningless.

I’ve noticed in recent years that the e-mail disclaimers seem to be disappearing, at least among younger attorneys. Even better, it doesn’t seem like many accountants or real estate agents (for whom there is no such thing as legal confidentiality) are using them. Perhaps people are realizing that if you want to keep email confidential, you have to be more careful about who you send it to because if you disclose something confidential to someone you shouldn’t have, that disclaimer probably isn’t going to help you.

Oral History, Confidentiality, and the Courts