Jim Henley has some interesting thoughts on the early buzz around the book (see here and here for my previous discussions).

Islamist terrorists remain a threat to kill small, medium or even large numbers of Americans if they can find further “multipliers” like the exploding jet fuel times molten steel times gravity formula of not quite three years ago. And some group of them may obtain a real WMD – a nuke or subclass of weaponized germs – likely via the still-insecure ex-Soviet arsenal. It’s stupid, as Gene says, to pursue policies that increase the number of Muslims who want to devote their lives to doing us harm or winking at those who want to do us harm. That kind of thing takes brainpower, so don’t maximize the number of brains devoted to it.

Unfortunately, given the potential force multipliers out there, the threat from Islamic terrorism is quite serious indeed. While it strikes me as quite unlikely that they’ll acquire the ability to become an existential threat to the West in the sense that the Soviet Union was, they are far more likely to use WMD against us if they acquire that capability. Despite the rhetoric of Lenin and, especially, Stalin, there was little evidence that the Soviets actually wanted to eradicate us; they merely wanted the freedom to dominate and slightly expand their sphere of influence. All indicators are that UBL and his fellow jihadists would love to kill mass numbers of Americans simply to do so.

One thing that confounds me about Anonymous’ analysis is that he stakes out two, seemingly contradictory, positions. On the on hand, he argues that the UBL and company have very discrete objections— “U.S. support for Israel that keeps the Palestinians in the Israelis’ thrall; U.S. and other Western troops on the Arabian peninsula; U.S. occupation of Iraq and Afghanistan; U.S. support for Russia, India and China against their Muslim militants; U.S. pressure on Arab energy producers to keep oil prices low; U.S. support for apostate, corrupt and tyrannical Muslim governments.”–but on the other he notes that they want to re-establish and expand the Muslim empire of old. Likewise, he argues that it is “hubris” to think they hate us because of our freedom, but then notes that they hate us because of the manifestations of our freedom: we’re not Muslim, we’re not pious, we’re sexually promiscuous, we’re materialistic, and so forth. He flatly states that this is a war with Islam.

So, while rethinking our blind support for Israel and decreasing our dependence on Middle Eastern oil might well be helpful in improving our relations with moderate Arabs, it would almost certainly be seen as a sign of weakness on the part of the jihadists. I agree with Anonymous that we’re unlikely to be able to win this with a purely military campaign–unless we’re willing to commit genocide on a scale that would make Hitler and Pol Pot seem like humanitarians–or with improved public relations. I’m just not sure what our other options are.
UDPATE: The book, along with a brief interview with editor Christina Davidson, is mentioned late in this NYT story [RSS].

The book, “Imperial Hubris: Why the West Is Losing the War on Terrorism,” is to be released Aug. 1 by Brassey’s, and is the second book by the author, after “Through Our Enemies’ Eyes.” Its existence was first described in the British newspaper The Guardian on Saturday.

The book’s editor, Kristina [sic] Davidson, described it as “a very serious look at the cultural, bureaucratic and institutional impediments to our fighting the war on terror.” Ms. Davidson said it took the C.I.A. four months to grant its approval after the book was submitted for review in January.

As described by the editor and government officials, the book’s thesis reflects the views of many within the intelligence community, but some government officials have expressed surprise that the C.I.A. had authorized its release. The agency has the right to review any book written by an employee before publication.

Update: Christina says there will be another story tomorrow. The book is definitely generating excellent buzz.

Other OTB posts relating to Anonymous and his books:

Seeing Islam Through a Lens of U.S. Hubris 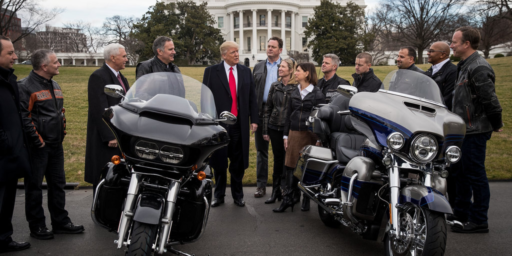