The regime we fought for in Iraq is now aiding the regime we're fighting against (at least by proxy) in Syria. 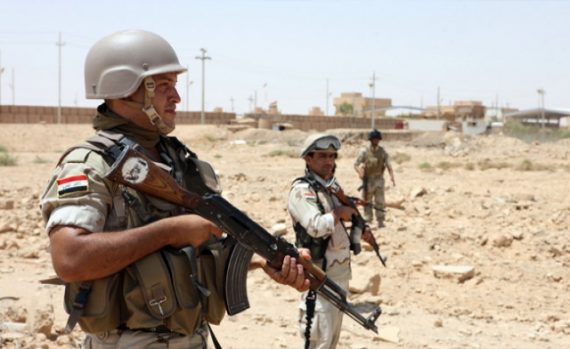 As the tenth anniversary of our war to spread democracy and peace in Iraq approaches, our good friends in Baghdad are fighting for the forces of tyranny.

For the first time, Iraqi forces opened fire on Syria shelling the positions of the Free Syrian Army (FSA) days after Iraqi Prime Minister Nouri al-Maliki warned that a victory of the Syrian opposition would spread chaos in the region.

Al Arabiya correspondent near the Syrian-Iraqi border reported that Iraqi snipers took up positions on buildings near the Rebiya crossing while others forces shelled the positions of the Free Syrian Army.

The correspondent said that large reinforcements were being deployed by the Maliki government in Baghdad near the Syrian borders.

On Wednesday, Maliki warned if victory by Syrian rebels will spark sectarian wars in his own country and in Lebanon and will create a new haven for al-Qaeda that would destabilize the region.

“Neither the opposition nor the regime can finish each other off,” he said. “If the opposition is victorious, there will be a civil war in Lebanon, divisions in Jordan and a sectarian war in Iraq,” Maliki said in an interview with the Associated Press.

So, to recap, the regime we fought for in Iraq is now aiding the regime we’re fighting against (at least by proxy) in Syria.