Putin is a monster, but he may also be just as irrational as the rest of us. 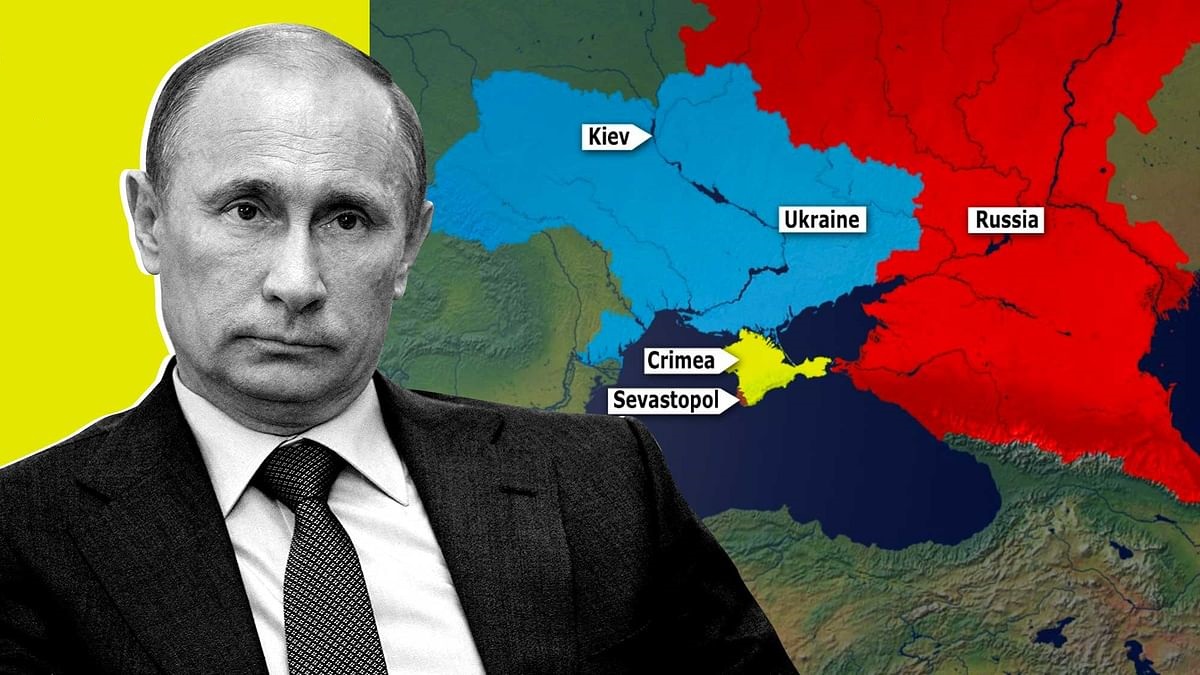 In the last several days, commenters here and in countless other places have spilled a lot of electronic ink over the topic of Putin’s rationality. Is he a madman? Was he not in control of his faculties when he ordered the invasion of Ukraine? How could he have approved of an invasion plan as militarily flawed as it was? Is he now incapable of making rational decisions, making an already dangerous crisis even worse?

As Steven Taylor pointed out, we shouldn’t conflate irrationality with anything that makes us horrified or baffled, such as brutality, a foreign mindset, naked corruption, or many other unpleasant traits of Putin. But, by some more accurate meaning of the term rational actor, is Putin behaving irrationally?

Yes, to the extent that we are all much less rational than the highly efficient cognitive machines that we fancy ourselves to be. Our brains are not perfect computers. They’re wired to see patterns, sometimes implying things that aren’t really there (giant carved faces on the surface of Mars, sinister conspiracies operating behind the facade of everyday life). Our brains also lead us to make decisions that are sub-optimal, or just plain bad.

Fear of loss may derange us
In the 1970s, two economists, Amos Taversky and Daniel Kahneman, discovered that by framing the same economic decision differently, people made very different choices. Even when the expected outcome was the same, the perception of whether you are winning or losing changes your behavior.

In the first experiment, participants were told they started with $1,000. They could either (a) get $500 more dollars outright, or (b) take a 50/50 chance of either getting another $1,000, or getting nothing. The majority of people chose (a), the sure thing.

In the second experiment, participants started with $2,000. Their choices were (a) lose $500, or (b) take a 50/50 chance of either losing $1,000, or losing nothing. The majority chose (b), taking the risk, even with a substantial probability of coming out worse.

In both scenarios, the outcomes, and the probabilities of achieving them, were the same. Nevertheless, the fear of loss led to riskier behavior.

Vladimir Putin, of course, sees loss everywhere. The Soviet Union collapsed in 1991. Both former components of the USSR and Warsaw Pact countries (the Baltic States, Poland, Hungary, etc.) joined the West economically, militarily, and politically. Other newly independent states, such as Ukraine, continued to slide in that direction. Even with the economic clout that oil and gas production gave Russia, and the menace that its nuclear arsenal continued to present, modern Russia had nowhere near the power, both hard and soft, that the Soviet Union once enjoyed. Without some drastic action, the situation would only get worse.

For someone who had already experienced loss, and faced even more of it, positive incentives such as economic integration with the West and security guarantees from NATO might not have the appeal as we might assume. These offers might look, from Putin’s standpoint, like the “lose $500” option, not “gain $500.” If that is his framing of the situation, to Taversky and Kahneman’s term, then he was more likely to take the risky gambit.

We see what we want to see
One of the most familiar terms from modern social science is confirmation bias. If we have a pre-existing or preferred conclusion, we tailor the facts to fit it, instead of cooly re-assessing our opinions in light of contradictory evidence. If we believe that witches are real, but no one has evidence of any suspected witch casting a hex, then that just goes to show you how devious witches are.

Similarly, if you are hell-bent on restoring the former Russian or Soviet empire in some fashion, you’re likely to look for signs that it’s a desirable and attainable objective. He’s not the first leader in the 21st century to want to believe that people whose country he was invading would welcome the invaders. He’s also not the first to overestimate the power of “shock and awe” to lead to a quick victory, especially if you underestimate the enemy. When their genius strategies unravel, leaders are unlikely to question whether they were as brilliant as originally thought. Instead, they insist on their intensification, since the problem in their minds is clearly that their strategies haven’t been pursued strenuously enough. That preference for escalation over reconsideration is as true of Putin in Ukraine as it was with Lyndon Johnson in the strategic bombing of North Vietnam, or “Bomber Harris” in WWII. (For a good discussion of these phenomena, see Fred Ikle’s Every War Must End.)

Even if you’re not an increasingly isolated autocrat, confirmation bias is a genuine risk. John F. Kennedy arguably fell victim to it early in his presidency, during the Bay of Pigs fiasco. He wanted to believe what his advisors, heavily invested in the invasion plans, were assuring him would happen: with a little push, the Communist regime in Cuba would collapse. Later, he took steps to prevent this sort of chummy consensus, which led to his more capable handling of the Cuban Missile Crisis. Confirmation bias always lurks right around the corner, whether the source of it is our own isolation, or the “groupthink” that metastasizes among like-minded people.

Garbage in, even stinkier garbage out
If we think that the acme of rationality is making optimal choices, then we’re talking about an outcome that depends on two factors, cognition and information. As we’ve discussed, even in the best of circumstances, cognition isn’t perfect. It’s even less reliable when you’re tired, you’re constantly anxious about threats to your person, and you’re under other stresses that may apply to Putin. (If sanctions have done grievous financial injury to him, that may contribute to even a worse state of mind. That’s not an argument against sanctions, just a statement of possible fact.)

We can’t say anything certain about the quality of information that Putin has. A dictator’s brain may be unwilling to admit uncomfortable information. A dictator’s advisors may be just as hesitant. Certainly his cringe-worthy grilling of his advisors on television implies that he may not be getting the frankest assessments of the situation in Ukraine. If so, that makes his ability to make cool, unbiased choices among options even weaker.

Putin’s brain makes the world a scary place
The real risk right now isn’t that Putin is irrational, in the sense of someone who is so mentally impaired that he makes random, destructive choices. Instead, we should be very concerned that he has a particular frame of mind that leads to highly risky choices, steered by an unassailable worldview that makes perfect sense to him (only the most brutal emerge victorious), based on information that is either unreliable in the first place, or prone to dismissal when it is uncomfortably accurate. As his recent call with French President Macron shows, he is defending his assumptions, arguments, and actions vigorously. It will be very hard for him to step down from them, admitting that he was wrong all along, leading to a massively greater sense of loss. In that sense, Putin is perhaps understandably human, and also terrifying. The wholesale destruction of Ukrainian cities seems entirely thinkable. Even the use of nuclear weapons may not be as unthinkable as it once was.