Aaron Sorkin, creator of The West Wing and The American President, has signed on to direct the screen adaptation of a tell-all biography about John Edwards:

Aaron Sorkin, best know for his work on NBC’S “The West Wing” and “The American President” has purchased the rights to Andrew Young’s explosive book about his time inside the John Edwards 2008 presidential campaign.

This will be Sorkin’s directorial debut, a role that he will play while also writing and producing the film, according to a report in HollywoodReporter.com.

Young’s book, “The Politician: An Insider’s Account of John Edwards’s Pursuit of the Presidency and the Scandal That Brought Him Down,” delves into Edward’s relationship and subsequent child with campaign videographer Rielle Hunter.

There isn’t any good news in this for Edwards……… 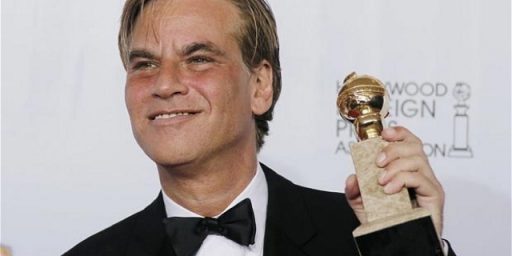