Unsurprisingly, Darren Wilson will not face federal charges in connection with the shooting of Michael Brown. 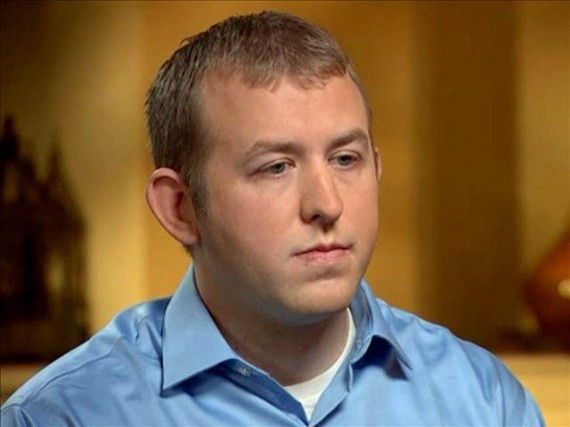 WASHINGTON — The Justice Department has cleared a Ferguson, Mo., police officer of civil rights violations in the shooting of Michael Brown, a black teenager whose death set off racially charged and sometimes violent protests last year.

The decision, which was announced on Wednesday, ends a lengthy investigation into the shooting last August, in which Officer Darren Wilson shot and killed Mr. Brown in the street. Many witnesses said Mr. Brown had his hands up in surrender when he died, leading to nationwide protest chants of “Hands up, don’t shoot.”

But federal agents and civil rights prosecutors rejected that story, just as a state grand jury did in November. The Justice Department said forensic evidence and other witnesses backed up the account of Officer Wilson, who said Mr. Brown fought with him, reached for his gun, then charged at him. He told investigators that he feared for his life.

“There is no evidence upon which prosecutors can rely to disprove Wilson’s stated subjective belief that he feared for his safety,” the report said.

“Although some witnesses state that Brown held his hands up at shoulder level with his palms facing outward for a brief moment, these same witnesses describe Brown then dropping his hands and ‘charging’ at Wilson,” it added.

“Those witness accounts stating that Brown never moved back toward Wilson could not be relied upon in a prosecution because their accounts cannot be reconciled with the DNA bloodstain evidence and other credible witness accounts.”

Unlike the state investigation, the Justice Department’s inquiry produced a lengthy public report explaining the legal conclusions and its analysis.

From the beginning, civil rights charges represented a difficult hurdle for prosecutors to clear. The law requires prosecutors to prove that Officer Wilson willfully violated Mr. Brown’s civil rights when he shot him. Courts have given officers wide latitude when deciding when to use deadly force if they feel their lives are in danger.

The shooting report is separate from a broader civil rights investigation that found widespread civil rights abuses by the Ferguson Police Department.

This outcome is hardly a surprise to anyone who has been following the investigation and the various reports about what both the Federal and State investigations uncovered in the wake of the shooting that left Brown dead and started off a wave of protests that became violent both over the summer and in November when a St. Louis County Grand Jury declined to indict Wilson on state charges First of all, as I’ve noted several times during the course of this case, and in connection with the George Zimmerman case, the legal findings that have to be met in order for the Federal Government to acquire jurisdiction are more stringent than those that the St. Louis County Grand Jury had to find when they were considering the case. In addition to the question of whether or not Wilson’s action in shooting Brown was a justifiable use of force, the Federal Government would also be required to prove beyond a reasonable doubt that Wilson acted with the intention of violating Brown’s civil rights. Given the fact that the Grand Jury had already found that there was insufficient evidence to indict Wilson on a homicide charge, it would have been incredibly difficult for Federal prosecutors to prove their case at all. Additionally, as the investigation unfolded there were various reports that it was unlikely that Federal charges would be filed against Wilson and that the evidence that the investigation by both Federal and State investigators was uncovering was largely consistent with the version of events related by Officer Wilson. Finally, just over a month ago reports started to surface that it was likely that the Justice Department would not pursue civil rights charges against Wilson in connection with this case. Today’s announcement, then, simply confirms what seemed obvious some months ago.

Given the available evidence, this seems like a proper decision by the Justice Department. Even leaving aside for the moment the question of whether or not one believes the state Grand Jury made the right decision in declining to indict Wilson on any charges at all in this case, there was quite simply no evidence that Wilson acted in a manner that even came close to violating Federal civil rights laws. Instead, this seems to be a police encounter gone wrong. If Wilson acted improperly, it doesn’t appear to have been out of any racial motive, and the evidence that has been released both in connected with the Grand Jury investigation and this investigation seem to make clear that Wilson’s use of force was, in the end, appropriate under the circumstances. Indicting him on Federal charges would have likely just led to an acquittal, and would have been an unjust application of Federal law.

This, of course, is essentially the end of the road as far as the criminal investigation into the Michael Brown shooting is concerned. While the state Grand Jury’s failure to indict doesn’t bar filing state criminal charges in the future if new evidence is uncovered, it seems extremely unlikely to say the least that  this would happen in this case or that there is any “new evidence” to uncover that would justify submitting the matter to another Grand Jury. As in the Zimmerman case, there will likely be a Wrongful Death case in this matter at some point in the future, but in this case Wilson will be a co-defendant with the Ferguson Police Department and will most likely be covered by whatever insurance policy(ies) the department or the city may have that would be applicable in this situation. In addition, a parallel investigation of the Ferguson Police Department by the Justice Department has reportedly resulted in findings of long-standing and widespread violations of the rights of African-Americans and other minorities. What steps the department will take in response to these findings will apparently be announced by outgoing Attorney General Eric Holder later today. In the long run, though, the issues raised by the Brown shooting, and by other cases across the country, regarding police relationships with minority communities, police militarization, and the apparent unwillingness of the legal system to punish police for wrongdoing are ones our nation will continue to struggle with until they are dealt with honestly.

Here’s the Justice Department report on its investigation of the shooting of Michael Brown: