Justice Sotomayor On The Supreme Court, Her Career, And The Court’s Newest Justice

Justice Sonia Sotomayor sat down to talk about the Supreme Court, her career, and the newest member of the nation's highest court. 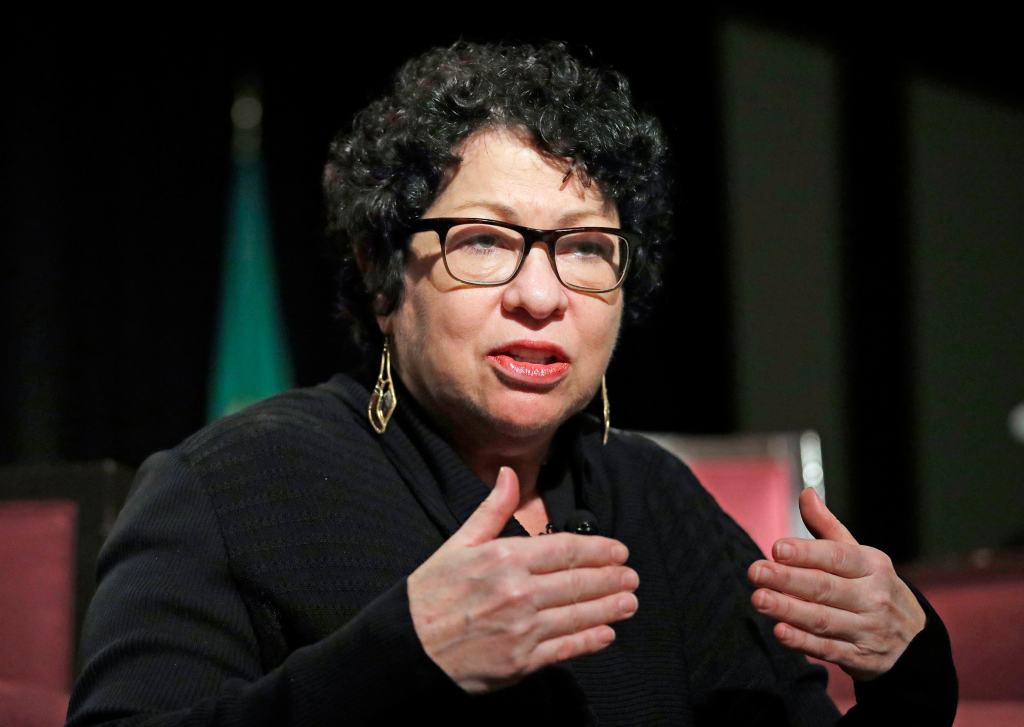 Sotomayor recently sat down with David Axelrod, for an episode of CNN’s “Axe Files” that will air Saturday, and spoke about welcoming in the new justice. Kavanaugh was confirmed after a highly publicized Senate Judiciary Committee hearing in September. He was accused by Professor Christine Blasey Ford of sexual assault in the 1980s when they were both teenagers. Kavanaugh vehemently denied the accusation and was eventually confirmed with a 50-48 vote in the Senate.

Sotomayor said among Supreme Court justices, typically a lifetime appointment, there is no choice but to create a relationship.

“When you’re charged with working together for most of the remainder of your life, you have to create a relationship,” Sotomayor said. “The nine of us are now a family and we’re a family with each of us our own burdens and our own obligations to others, but this is our work family, and it’s just as important as our personal family.”

She said Justice Clarence Thomas, who also went through a similar hearing in the 1990s after being accused of sexual harassment, told her when he first came to the court a justice approached him and told him “I judge you by what you do here. Welcome.”

She told Axelrod she repeated that story to Kavanaugh when she first greeted him.

Sotomayor said she does expect to dissent more but only sees conservatism and liberalism as political terms.

Sotomayor said she is not letting personal politics get in the way of working together.

“We’ve agreed in quite a few cases, we’ve disagreed in a bunch, But you know, let’s see.” she said.

“We all have families we love, we all care about others, we care about our country, and we care when people are injured,” she said. “And unfortunately, the current conversation often forgets that. It forgets our commonalities and focuses on superficial differences whether those are language or how people look or the same God they pray to but in different ways.”

Naturally, Sotomayor did not comment on the charges that had been made against Kavanaugh, and Axelrod didn’t ask about them, but the interview is quite interesting nonetheless. In addition to discussing her time on the Court, Sotomayor also discusses her background as a Puerto Rican who grew up in the South Bronx, and the reception that she got while attending Princeton University as an undergraduate and Yale Law School, including the extent to which she had to deal with the perception that she was admitted to both institutions based mostly on the fact that she was a woman and a member of the minority group. There were also several anecdotes about working on the Court, some of her fellow Justices, and the extent to which her experience as a prosecutor in New York City, trial court Judge, and appellate court Judge have influenced the way she views cases when they reach the Supreme Court.

You can listen to the entire podcast here: