Not surprisingly, Elena Kagan finished her testimony without giving any real ammunition to the Republicans. 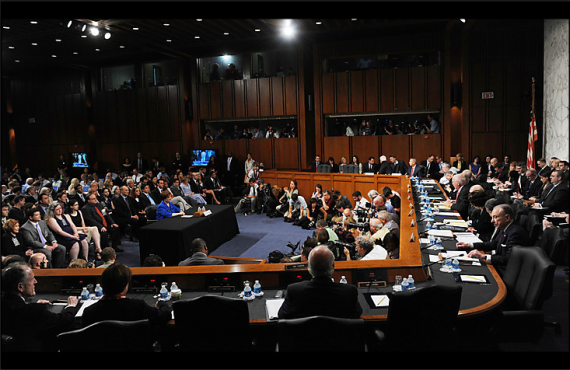 Elena Kagan wrapped up her testimony before the Senate Judiciary Committee yesterday with no signs at all that her confirmation is in any serious doubt:

WASHINGTON — They grilled her on her handling of military recruitment at Harvard Law School. They highlighted how, as an aide to President Bill Clinton, she helped edit a medical group’s statement to strengthen support for the procedure critics call partial-birth abortion.

They painted her as a partisan and suggested she would be too deferential to Congress when reviewing the constitutionality of sweeping legislation, like President Obama’s landmark health care law.

But try as they might, Republicans could not knock Solicitor General Elena Kagan off her stride. And as her second day of questioning by the Senate Judiciary Committee wound down on Wednesday, some conceded that her confirmation to the Supreme Court was all but assured.

Senator John Cornyn, Republican of Texas, referred to Ms. Kagan as “soon-to-be Justice Kagan” and said he assumed she would be confirmed.

Senator Lindsey Graham, Republican of South Carolina, wrapped up his questioning by telling Ms. Kagan, “You have acquitted yourself well.”

And Senator Jon Kyl of Arizona, the No. 2 Republican in the Senate, said it would be “highly improbable” for his party, with just 41 votes, to wage a filibuster.

“She has been, in my view, a witness who has manifested a deep knowledge of the law, and she’s certainly very adept at describing what she thinks about the law,” Mr. Kyl told reporters. “By the same token, I think she’s been very adept at avoiding very specific questions that could result in criticism of her point of view.”

During nearly eight hours on the witness stand Wednesday, Ms. Kagan hewed closely to the script she had set out for herself the day before, speaking expansively on matters where she was already on record, like the Citizens United campaign finance case, but exceedingly carefully on subjects that, like same-sex marriage, might come before the court.

That did not keep Republicans from pressing her to be more specific, especially on the policy work she performed in the Clinton White House during the debate over a proposed ban on the “partial-birth abortion” procedure.

Several Republican senators — including Mr. Graham and Orrin Hatch of Utah — homed in on a document in which Ms. Kagan warned that a statement from the American College of Obstetricians and Gynecologists “would be a disaster.” She suggested language stating that in some cases, the procedure “may be the best or most appropriate” to spare the life or health of the woman — language the group ultimately adopted.

When the senators pressed her to explain, Ms. Kagan responded that the original language did not completely reflect the group’s view. “There was no way I would have or could have intervened” she said, to get the group to “change its medical views.”

Mr. Hatch was unsatisfied. “I just want you to be aware that bothers me,” he said.

Still, in an interview during a break, Mr. Hatch said he was having a harder time making up his mind about how to vote on Ms. Kagan’s confirmation than he did last year, when he voted against confirming Justice Sonia Sotomayor. He said Ms. Kagan had been a “better witness.”

While I don’t expect a large number of Republicans to end up voting for Kagan, I suspect we’ll see her get more GOP votes than the nine that Sonia Sotomayor received last year. I’m guessing a final vote somewhere in the neighborhood of 70-30 (a number which assumes that there will be a new West Virginia Senator in place by the time the vote takes place.

Is Kagan my idea of a perfect, or even moderately acceptable, Supreme Court Justice ? No, but as the song goes, you can’t always get what you want. Barack Obama won the election, and he gets to appoint the Justices. 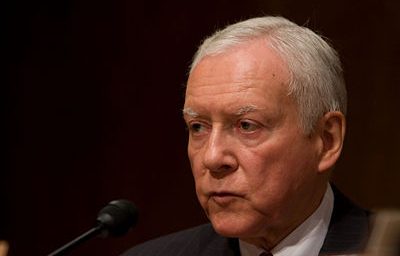