The post mid-term purge continues, with Republican National Committee Chairman Ken Mehlman leaving at the end of his term in January.

Republican National Committee Chairman Ken Mehlman, whose party lost both chambers of Congress in the midterm elections, will step down from his post when his two-year term ends in January, GOP officials said Thursday.

The officials spoke on the condition of anonymity because Mehlman had not yet made his intentions public.

Brian Jones, an RNC spokesman, declined to comment beyond saying that an announcement about Mehlman’s future with the party would be made in the days ahead.

Democrats won control of the House and Senate on Tuesday by capitalizing on voter frustration with President Bush, the war in Iraq and the scandal-scarred Congress. Democrats also took a majority of governors’ posts and gained a decisive edge in state legislatures.

The officials said Mehlman made the decision not to run for a second term more than a month or two ago – well before the election.

Oddly just like Rumsfeld and others, an old decision just now being made public, and sort of like deciding in advance to close the barn door after the horses have left. CNN has a little more with a forecasted replacement

Two sources, speaking on condition of anonymity, said Mehlman has made clear to close associates for some time he was likely to leave after the 2006 elections — and that there is no dissatisfaction with his performance in the midterm cycle.

One name that has come up as a possible replacement is outgoing Maryland Lt. Gov. Michael Steele, who just lost a U.S. Senate race.

One of the sources, though, said a more likely scenario is for Steele to join the Bush administration in another capacity after the first of the year when a few members of the Bush Cabinet and other senior officials are expected to leave.

Of course, I suppose this had absolutely nothing to do with Bill Maher announcing on CNN that Mehlman is gay. Lots of rumors floating about, but how does Maher know for sure? Yes I know this has been a major rumor in DC for years, along with other DC notables. Maher says he will announce more gays on his HBO special Friday, reminiscent of 50s style announcements of Communists.

UPDATE (James Joyner): John Aravosis got a cease-and-desist from YouTube for posting the video of Maher’s appearance and later discovered that CNN had disappeared all mention of Mehlman’s “outing” from the show transcript. Quite bizarre, indeed, even though I share Richard’s disdain for these involuntary “outings.” 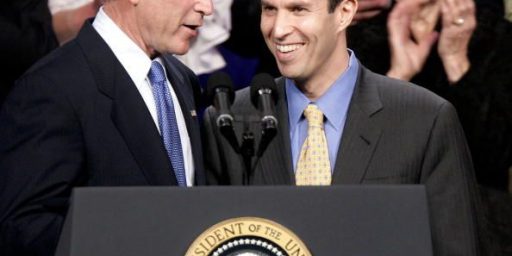 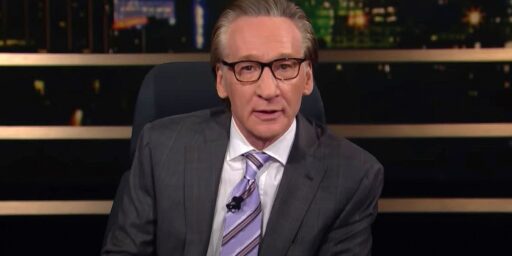 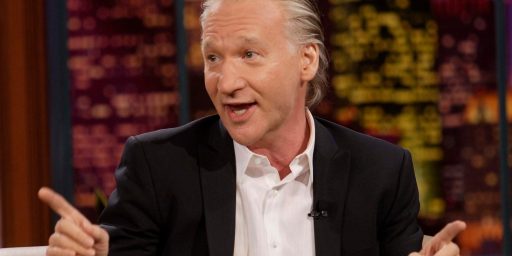 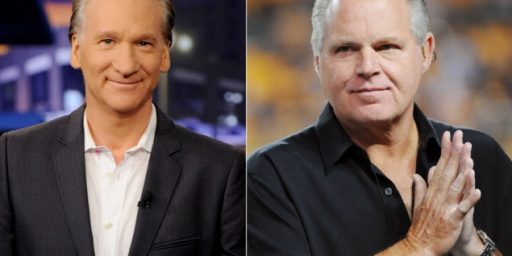