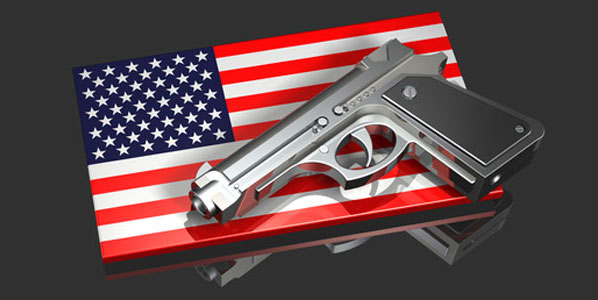 As the discussion has evolved, so has my thinking. Not only due to the comments in the last two posts, but because the conversation on Twitter has evolved. The idea of mandating registration and mandating liability insurance seems like the optimal solution, until someone comes up with a better solution that doesn’t involve doing nothing. Of course, the gun enthusiasts won’t like it because it inconveniences them, but I don’t care. What I do care about is coming up with a solution that minimizes future gun incidents and doesn’t overly burden people’s 2nd amendment rights.

The fact is guns, just like cars, create externalities. I already the know argument that guns are a right and driving is a privilege, but so what. They both create externalities and the cost of those externalities should be borne by the gun users. Using this approach also does away with a number of other problems, like determining what an “assault weapon” is, banning guns and the like. Here’s a snippet from another article that addresses this subject:

What we really need is a free market system to determine who is too risky to own a gun. Let’s involve the best risk-assessors going – insurance companies – by requiring prospective or current gun owners to carry liability insurance.

With 80 million gun owners in the U.S., insurance companies would eagerly tap a new market, providing an essential layer of scrutiny not only when the policy is issued but also with each annual renewal. Once spread across the whole pool of gun owners, risks are likely quite low. Policies could recognize the distinctions among different types of guns and how owners routinely use them. A man who proudly hangs his great-grandfather’s Civil War rifle over the fireplace is a minimal risk compared to one who routinely carries his Glock in public. Their policies can reflect the difference.

More nimble than government regulations, the free market could swiftly and accurately assess the risk of new weapon designs – and deny coverage if it’s riskier than the market will bear. In the fifty years since imposition of auto insurance mandates, insurance companies have proven to be powerful advocates for safer auto design and better driver training. As a result, lives were saved. It’s time to add their voice to this issue.

Beyond gun design, insurers could assess individual gun owners. Much like health assessments performed before issuing a life insurance policy, mental health screenings could flag those at high risk of instability. Insurers would also require proof of adequate training and determine whether a home is equipped for safe storage. A bad risk could be denied insurance. A moderate risk would pay higher rates – creating an incentive to get more training, divest of a few riskier weapons, or install better storage systems.

All of this seems right to me and it sidesteps the necessity of bans as long as it is universal and all guns are registered. Furthermore, it brings in insurance companies and their actuaries to assess risk, which they are very good at. Here’s another snippet along those same lines:

For the record: I’m not of the mind that every gun-owner is a threat to society nor should we restrict gun use for hunters, collectors and target shooters. My father owns guns, I have shot guns many times, have known people who were murdered by guns and witnessed a police shooting in 1981.

But I don’t think a widespread seizure of some 300 million American weapons will ever work. In fact, just mention “gun control,” and the very phrase shuts down conversation and invokes the vague rights and curse of the second amendment. Challenges to the constitution would never make it through the Roberts court, anyway.

What we can do is to look at gun sales through the lens of social economics.

Market-based risk pricing is the partial answer. Let’s agree that guns as weapons are inherently dangerous to society and owners should bear the risk and true social costs. Translation: Require both owners and sellers to purchase liability insurance that is universally underwritten by actuaries according to relative risk.

As for the constitutionality of imposed liability insurance, it doesn’t seem to overly burden people’s right to bear arms:

Congress should push for mandatory gun insurance. Firearm ownership is a U.S. constitutional right. But as last week’s massacre again demonstrated, it comes at a cost. Requiring liability coverage could be one way to keep the most dangerous weapons from unstable hands without infringing the law.

The biggest legal obstacle to gun regulation is the U.S. Constitution’s Second Amendment. The right to bear arms has generally trumped strict limits on ownership, especially since the Supreme Court’s 2008 decision extended the right to individuals. Imposing a hefty insurance policy could make owning a firearm prohibitively expensive for some and create constitutional problems.

But tying the price of coverage to the cost of gun incidents could work. And there’s a strong argument that damage caused by firearms gives the government a “compelling interest” to require insurance, the test for infringing a constitutional right. There’s already a precedent: the National Rifle Association offers liability insurance to members.

Moreover, the market should be efficient at weighing the risks. Insurers specialize in figuring out the odds of something going wrong and charging the appropriate amount. Car insurance premiums are based on both the driver and the vehicle. A 19-year-old man with a Porsche and a history of moving violations pays far more than a 40-year-old minivan driver with a clean record.

Gun enthusiasts won’t like this because they want to be able to buy any weapon they want, thinking only of their own needs and wants, without regard to the social costs. Until a better answer comes along, this seems like the way to go. 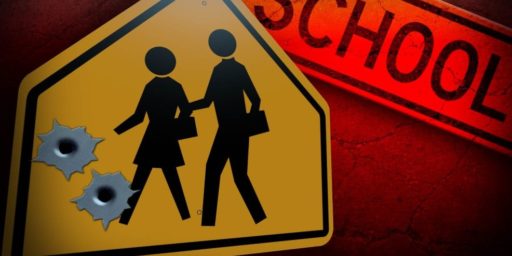 Efforts To Arm School Teachers Run Up Against A Problem: Insurance Companies