Maine (Or At Least One City) Next To Decriminalize Marijuana?

Portland, Maine seems to about to make some progress in the fight against dumb laws. 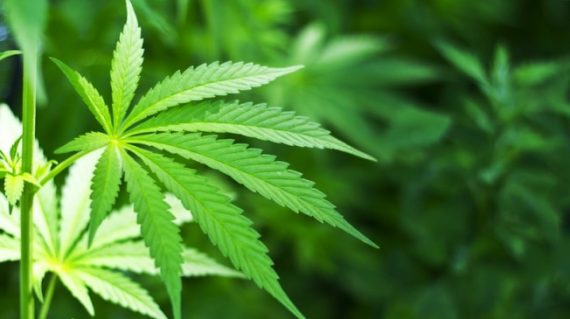 It was just last November that referendums in both Colorado and Washington legalized marijuana, at least under state law, and for the most part it appears that things in both states are proceeding quite well. The threat of Federal prosecution for growers and sellers remains, of course, but I haven’t seen word of any major Federal efforts in either state (yet), so perhaps the Justice Department is holding off there as they promised, but failed, to do with regard to California’s legalization of marijuana for medical purposes. Now, it appears some progress in the nationwide effort to reform our irrational laws regarding marijuana may about to be made on the East Coast:

PORTLAND, Maine (AP) — Advocates of recreational marijuana use are looking to an upcoming vote in Maine as an indicator of whether the East Coast is ready to follow in the footsteps of Colorado and Washington by legalizing cannabis.

Voters in Portland are being asked whether they want to make it legal for adults 21 and over to possess — but not purchase or sell — up to 2.5 ounces of pot. The Nov. 5 vote is being eyed nationally as momentum grows in favor of legalizing marijuana use.

The Marijuana Policy Project, a Washington, D.C.-based group that supports legalization, says it targeted Portland because it’s Maine’s largest city and because, unlike many other states and cities, it has an initiative process to get the referendum on the ballot. Organizers hope passage of the Portland initiative could spur similar results in other liberal Northeast cities.

“I think there’s national implications, keeping the momentum that Washington and Colorado started last November in ending marijuana prohibition,” said David Boyer, the organization’s political director in Maine. “This is just the next domino.”

There’s no organized opposition to the referendum, but law enforcement and substance abuse groups are speaking out against it.

Obviously, this referendum is far from full legalization. Instead, what we’re really looking at here is de facto decriminalization within the limits of the City of Portland. State and Federal laws against possession will still remain in effect, and, as noted, it’s still going to be illegal to buy or sell marijuana even in Portland itself. It’s still a significant step, I would argue, in that it essentially goes in the same direction that other jurisdictions have of late in essentially making possession of small amounts of marijuana either completely legal or at the very least an offense little different from a parking ticket. This last option is what California did starting in 2010 when a law went into effect that reduced possession of an ounce or less of marijuana from a misdemeanor to an infraction that garners someone who is caught a ticket that’s on a par, legally, with the ticket one gets for illegal parking or littering.  At the time Governor Arnold Schwarzenegger cited the money that the state and local government would save in prosecuting these relatively minor cases. An additional obvious benefit, of course, is the fact that someone won’t get a criminal record just because they have a few joints on them.

Jazz Shaw is skeptical of the Portland move:

How does an initiative in a single city, not affecting the rest of the state – to say nothing of the country – change anything? And even more to the point, what should the country make of laws which make it legal, as in the Portland initiative, to posses a limited amount of marijuana, but not to buy it or sell it? Unless you happen to live in some magical area where pot plants sprout freely from the ground where you can pick it, take it home and dry it out, how would you legally obtain it for recreational use? And what’s with the limit on volume for something intended to be “recreational?” I can think of no parallel in the law. If you want to go out and buy one six-pack of beer before the football game, that’s fine. But if you want to back your truck up and buy twenty cases so you don’t need to go shopping again for a while, that’s fine too. Limiting the legal amount of the product you can own still leaves it in the realm of something illegal, which is a very different question than limiting the age of those who can purchase it.

All in all, it looks to me as if this vote in Maine is nothing more than window dressing to try to make a point increase a growing national narrative, and get people talking about it.

I agree that decriminalizing possession in one city isn’t a complete solution to the issue of the wrongheaded legal status of marijuana, and it leaves Maine residents open to arrest and prosecution by State and Federal authorities for purchase, sale, and yes even possession. However, I think it’s more than just window dressing. As I’ve noted, we’ve seen moves like this elsewhere in the country and those moves have helped push the case for full legalization forward in many parts of the country. Recent polling indicates that a majority of Americans support full legalization of marijuana at this point.  However, it’s still going to take time to get the law to change, and any step in that direction is worthwhile. Additionally, as I noted above, there are obvious benefits even to just decriminalization ranging from not wasting law enforcement resources on something that shouldn’t be illegal to begin with to sparing innocent people the problem of having a criminal record they really shouldn’t have to begin with. So, no, the Portland initiative isn’t perfect, but it’s a step in the right direction.