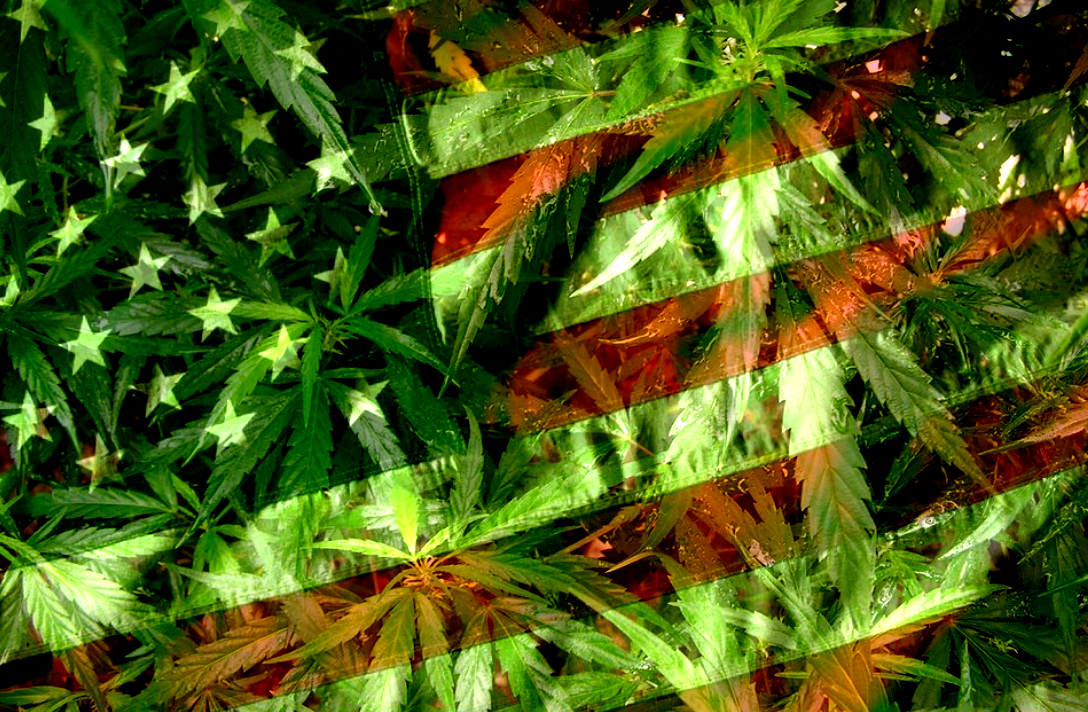 Vox’s German Lopez notes that marijuana legalization seems to be becoming a consensus issue among the Democratic candidates for President:

The 2020 presidential campaigns are very much in their infancy, but one clear winner already is marijuana legalization, which has received wide support from the Democratic candidates.

Last week, Sen. Cory Booker (D-NJ), who’s running for president, reintroduced the Marijuana Justice Act, which he first introduced in 2017. The bill would decriminalize marijuana at the federal level and leverage federal funds to encourage states to legalize pot.

“The War on Drugs has not been a war on drugs, it’s been a war on people, and disproportionately people of color and low-income individuals,” Booker said in a statement. “The Marijuana Justice Act seeks to reverse decades of this unfair, unjust, and failed policy by removing marijuana from the list of controlled substances and making it legal at the federal level.”

Unless Democrats get a filibuster-proof majority in the Senate or win over Republicans, chances are the next president in 2021 is not going to legalize marijuana nationwide. But the candidates’ support for legalization marks a huge shift from previous presidential bids.

In 2016, for example, Hillary Clinton, as the Democratic candidate, only voiced support for letting states legalize, not federal legalization — a similar position to then-candidate Donald Trump’s stance. Before that, candidates from both parties opposed legalization.

Obama opposed legalizing marijuana, even as his administration let states legalize it without a federal crackdown. Based on the polling, Obama was in conflict with the majority of his fellow Democrats.

The 2020 primaries already show this is changing, with the most prominent Democratic candidates who have announced their campaigns already rallying around legalization. It seems the Democratic Party has caught up with its voters.

But Trump’s administration has so far taken an aggressive stance against legal marijuana, rescinding Obama-era memos that shielded cannabis businesses legalized by states from a federal crackdown.

Based on where the candidates are today, the next Democratic administration is going to take a very different approach to marijuana.

All of this comes in the face of recent developments that show the extent to which marijuana legalization is becoming more and more of a mainstream position across the political and demographic spectrum. Most recently, this was shown in polls from Gallup, Pew Research Center, and Quinnipiac which all showed support for legalization continues to grow. The Gallup poll was perhaps the most remarkable of the three in that it showed support for legalization across all of the major demographic groups, including political affiliation. In that poll, the strongest support was unsurprisingly from Democrats (75% favor legalization) and Independents (71% support legalization) but even self-identified Republicans, which had been among the final demographic groups where majority support did not exist, showing 54% of that group supported legalizing marijuana for recreational use. Additionally, support for legalization among Americans 55 and older, another group that has been late to the legalization movement, was up to 59%.

These polls were the latest milestone in a trend that began at the beginning of the decade, has continued unimpeded for the past seven years, and which shows no signs of stopping or reversing itself any time soon. In 2011, for example, polling showed that support legalization had reached the 50% level, while even larger numbers supported legalization supported legalization for medical purposes or decriminalization. By 2013, the number of Americans supporting legalization had passed the 50% mark. That mark reached 55% in 2014 and 58% in 2015.  By this time last year, polling showed that support for legalization had reached 64% and a poll taken five months ago showed support at 63%. So, we’ve basically reached the point where two-thirds of the American public supports complete legalization and, according to the most recent polling, upwards of 90% of Americans support legalization of marijuana at least for medical purposes.

As these poll numbers have increased, the movement toward liberalization of marijuana laws and outright legalization has moved steadily forward. It began to gain steam, of course, in 2010 when Colorado and Washington both passed citizen referenda legalizing cannabis. Four years later similar measures passed in Oregon, Alaska, and the District of Columbia. Most recently marijuana was legalized in 2016 in California, Massachusetts, Nevada, and Maine via citizen referenda and voters in a number of other states approved legalization for medicinal purposes. Even though we’re only four months in 2018 has seen several advances in this area. For example, January was the biggest month yet for the legalization movement given the fact that the most populated state in the nation, California, officially legalized marijuana based on the aforementioned 2016 referendum. Additionally, Vermont became the first state to legalize marijuana through the legislature instead of a voter referendum. New Jersey stands likely to be the second state where that happens thanks to the election of a Democratic Governor who supports legalization a Democratic state legislature that spent eight years trying to liberalize drug laws in the Garden State only to be thwarted by the veto of former Governor Chris Christie. Governor Murphy has already taken steps to use his regulatory powers to expand access to the state’s medical marijuana program. Additionally, earlier this summer, in anticipation of the passage of a bill that would legalize marijuana by the state legislature, the New Jersey Attorney General announced that marijuana prosecutions would be put on hold. Across the border in New York, Governor Andrew Cuomo said after being re-elected to a third term that he would push the New York legislature, now firmly in the control of Democrats in both chambers, to pass a legalization bill this year. Finally, on Election Day itself, voters in Michigan approved legalization for recreational use and voters in Utah approved legalization for medical purposes. Unfortunately, though, a measure to legalize marijuana for recreational use failed in North Dakota. On the whole, though, the legalization movement continues to advance.

Given these trends, and the fact that support for legalization is close to being nearly universally accepted among both Democratic and Independent voters, it’s not surprising that Democratic candidates have chosen to get out in front on this issue. While Congressional action on legalization is unlikely for the time being, the fact that a candidate for President supports legalization is significant both because of the impact that this will have on the political consensus and because of the things that a President can do on this issue even without Congressional authorization. Specifically, of course, there is the issue of Justice Department policy regarding enforcement of the law in states where marijuana has been legalized. Under the Obama Administration, the position adopted by the Justice Department after states began legalizing marijuana for both medical and recreational use was that Federal authorities would not aggressively enforce Federal law in those states other than to address issues involving interstate drug trafficking. After President Trump was elected, Attorney General Jeff Sessions reversed those guidelines and essentially left it to individual United States Attorneys to decide how to prioritize such cases. While there has been no indication of a Federal crackdown in the states where legalization has taken place, this puts residents in jeopardy of being prosecuted by Federal authorities even though they are engaging in activity that is entirely legal under state law. Presumably, a future Democratic President would return to the Obama era policy and, potentially, they could follow through on the calls made by many experts to remove marijuana from the list of Schedule One drugs.

One can only hope that we’ll see the same sort of thing from Republicans in the future.