Majority Concerned About Global Warming, Supportive Of Measures To Combat It 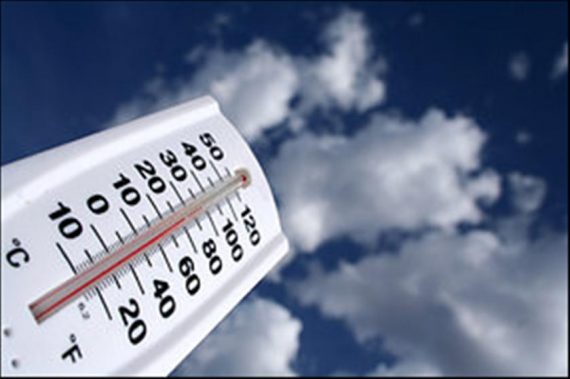 A new ABC News/Washington Post poll shows that the public is broadly concerned with the issues surrounding global warming, climate change, and the impact human activity is having on the environment:

Seven in 10 Americans see global warming as a serious problem facing the country, enough to fuel broad support for federal efforts to limit greenhouse gas emissions – even if it raises their own energy costs, a new ABC News/Washington Post poll finds.

The poll, conducted in advance of the Obama administration’s announcement today of planned regulations to cut such pollution, finds 70 percent support for limiting emissions from existing power plants, and, more generally, for requiring states to cut the production of greenhouse gases within their borders.

Notably, indicating public concern about the issue, 63 percent of Americans say they’d support a regulatory effort that significantly lowered greenhouse gases even if it raised their own energy expenses by $20 per month. (The figure is hypothetical, meant to test attitudes about the possible cost of new regulations. Actual cost impacts, if any, are a subject of sharp debate.)

Support for new regulations is linked closely to concern about the issue. Sixty-nine percent of Americans in this poll, produced for ABC by Langer Research Associates, see global warming as a serious problem; among them, eight in 10 favor new regulations, and three-quarters are willing to pay higher energy bills if it means significantly lower greenhouse gas emissions. Among those who don’t see a serious problem, by contrast, fewer than half favor cutting emissions, and just 36 percent back regulations that would raise their energy costs.

Further, among those who do see global warming – also known as climate change – as a serious problem, the vast majority, 83 percent, say it’s “very” serious.

The administration today announced plans to cut carbon pollution from existing power plants by 30 percent from their 2005 levels by 2030. States are to be given targets based on their current emissions, with flexibility on how to achieve cuts.

Interestingly, these issues are even of concern to self-described Republicans:

Despite strong political and ideological components to views on global warming, majorities across the political spectrum support new regulations, albeit to varying degrees.

Even among Republicans, a group generally more skeptical of government regulation – and less apt to see global warming as a serious problem – 63 percent nonetheless favor reducing power plant emissions, and 57 percent back state-level limits on greenhouse gases. These also are backed, respectively, by 55 and 54 percent of conservatives. (On one of these, power plant emissions, there’s a substantial gap in support between “somewhat” and “strong” conservatives.)

Support rises to eight in 10 Democrats, and peaks among liberals.

There are similar results on willingness to bear higher costs personally. Fifty-one and 44 percent of Republicans and conservatives, respectively, say they’d support efforts that significantly reduced greenhouse gas emissions but also raised their energy bills by $20 a month. That increases among independents and moderates, and tops out among Democrats and liberals.

The sharpest political and ideological divisions come on the most basic question, whether people see climate change as a serious problem or not. Eighty-four percent of Democrats do; that declines to 68 percent of political independents, and dives to 49 percent of Republicans.

Similarly, global warming is seen as a serious problem by half of conservatives overall, and just 41 percent of people who describe themselves as very conservative. That compares with 74 percent among moderates and 87 percent among liberals. (Conservatives account for a bit more than a third of the population overall; moderates for about four in 10, liberals a quarter.)

These divisions appear most sharply when comparing liberal Democrats and conservative Republicans. In the former group, 90 percent see climate change as a serious problem. In the latter group, it’s 37 percent.

The immediate conclusion to be drawn form these numbers, of course, is that the environment is an issue on which Democrats have the advantage. That’s hardly news, however, since Democrats have had the advantage on that issue for decades and it hasn’t exactly helped them in the polls. The real question, as always, is the extent to which this is an issue that will motivate people to vote for one candidate over an other, or cause them to turn out for an election that they might have otherwise stayed home for. Most polling that has shown Democrats with the advantage on this issue has also shown that it is not a high priority issue for voters. Much like gun control, it’s an issue that people feel strongly about but which may not necessarily cause them to vote for one candidate over another, or to get out to vote to begin with. That being said, polls like this should be a message to the GOP that the stick-your-head-in-the-sand position on climate change isn’t really doing them any good and that, just may not be the politically smart position for them to take on this issue.