Starting in November, we'll get a look inside the mind of one of America's most fascinating writers. 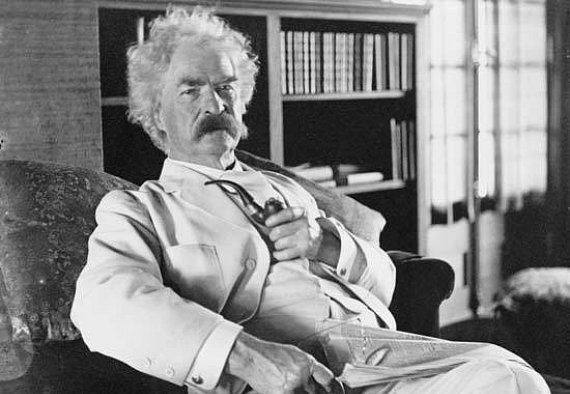 As Alex Knapp noted in May, the previously unknown autobiography of Mark Twain will be released in a three-volume set starting in November, and it’s already showing a side of Twain that few Americans are probably aware of:

Wry and cranky, droll and cantankerous — that’s the Mark Twain we think we know, thanks to reading “Huck Finn” and “Tom Sawyer” in high school. But in his unexpurgated autobiography, whose first volume is about to be published a century after his death, a very different Twain emerges, more pointedly political and willing to play the role of the angry prophet.

Whether anguishing over American military interventions abroad or delivering jabs at Wall Street tycoons, this Twain is strikingly contemporary. Though the autobiography also contains its share of homespun tales, some of its observations about American life are so acerbic — at one point Twain refers to American soldiers as “uniformed assassins” — that his heirs and editors, as well as the writer himself, feared they would damage his reputation if not withheld.

Twain excoriates “the iniquitous Cuban-Spanish War” and Gen. Leonard Wood’s “mephitic record” as governor general in Havana. In writing about an attack on a tribal group in the Philippines, Twain refers to American troops as “our uniformed assassins” and describes their killing of “six hundred helpless and weaponless savages” as “a long and happy picnic with nothing to do but sit in comfort and fire the Golden Rule into those people down there and imagine letters to write home to the admiring families, and pile glory upon glory.”

He is similarly unsparing about the plutocrats and Wall Street luminaries of his day, who he argued had destroyed the innate generosity of Americans and replaced it with greed and selfishness. “The world believes that the elder Rockefeller is worth a billion dollars,” Twain observes. “He pays taxes on two million and a half.”

Justin Kaplan, author of “Mr. Clemens and Mark Twain: A Biography,” said in a telephone interview: “One thing that gets Mark Twain going is his rage and resentment. There are a number of passages where he wants to get even, to settle scores with people whom he really despises. He loved invective.”

As aggrieved as he sometimes appears in the autobiography, the reliable funnyman is in evidence too. Twain recalls being invited to an official White House dinner and being warned by his wife, Olivia, who stayed at home, not to wear his winter galoshes. At the White House, he sought out the first lady, Frances Cleveland, and got her to sign a card on which was written “He didn’t.

Much of Twain’s fiction had a definite political undertone, of course. The political and social message in Huckleberry Finn is rather obvious, of course, but there are also similar undertones to A Connecticut Yankee In King Arthur’s Court. So, it will be interesting to see Twain’s commentary on the social and political issues of his day since it’s likely to reveal someone very different from the humorously acerbic Grandfatherly figure that Twain has become to most American’s.

on Amazon if you’re so inclined. It looks like its going to be an very interesting look inside the mind of one of America’s greatest writers. 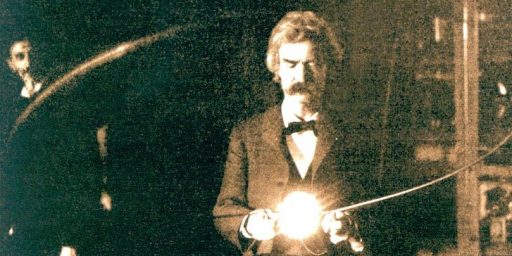 Mark Twain Autobiography To Be Released This Year