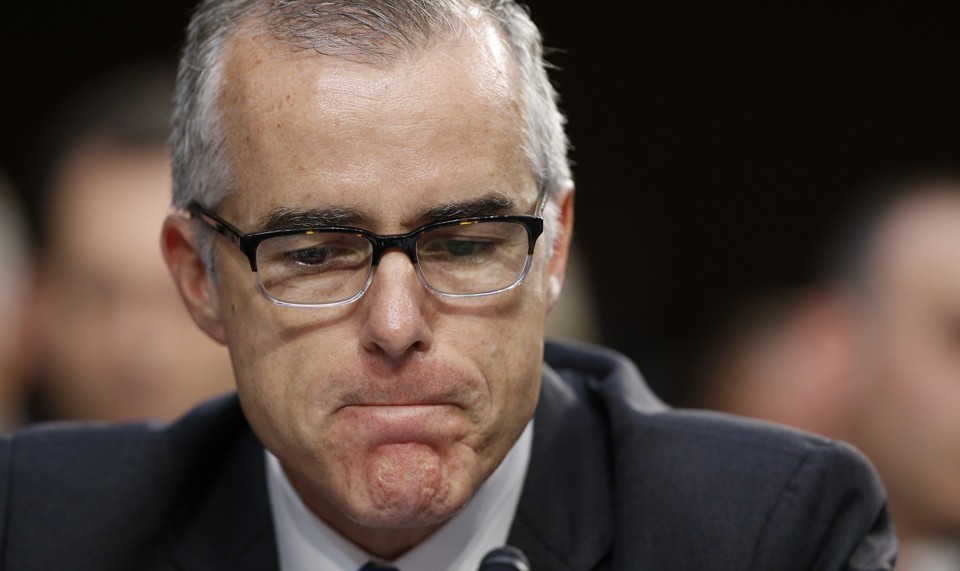 Nearly a year before Attorney General Jeff Sessions fired senior FBI official Andrew McCabe for what Sessions called a “lack of candor,” McCabe oversaw a federal criminal investigation into whether Sessions lacked candor when testifying before Congress about contacts with Russian operatives, sources familiar with the matter told ABC News.

Democratic lawmakers have repeatedly accused Sessions of misleading them in congressional testimony and called on federal authorities to investigate, but McCabe’s previously-unreported decision to actually put the attorney general in the crosshairs of an FBI probe was an exceptional move.

One source told ABC News that Sessions was not aware of the investigation when he decided to fire McCabe last Friday less than 48 hours before McCabe, a former FBI deputy director, was due to retire from government and obtain a full pension, but an attorney representing Sessions declined to confirm that.

Last year, several top Republican and Democratic lawmakers were informed of the probe during a closed-door briefing with Deputy Attorney General Rod Rosenstein and McCabe, ABC News was told.

Within weeks, Rosenstein appointed special counsel Robert Mueller to take over the investigation and related inquiries, including the Sessions matter.

Two months ago, Sessions was interviewed by Mueller’s team, and the federal inquiry related to his candor during his confirmation process has since been shuttered, according to a lawyer representing Sessions.

According to the sources, McCabe authorized the criminal inquiry after a top Democrat on the Senate Judiciary Committee, Sen. Patrick Leahy, D-Vermont, and then-Sen. Al Franken, D-Minn., wrote a letter in March 2017 to the FBI urging agents to investigate “all contacts” Sessions may have had with Russians, and “whether any laws were broken in the course of those contacts or in any subsequent discussion of whether they occurred.”

It’s unclear how actively federal authorities pursued the matter in the months before Sessions’ interview with Mueller’s investigators. It’s also unclear whether the special counsel may still be pursuing other matters related to Sessions and statements he has made to Congress – or others – since his confirmation.

Aside from the mild irony of McCabe ordering an investigation of Sessions for exactly the same thing Sessions ostensibly fired McCabe for, this strikes me as more than a little peculiar. Consider:

The Senators wrote the letter in March 2017 demanding an investigation by the FBI of their boss. That is, to say the least, an awkward situation.

Bob Mueller was appointed as special counsel to investigate the broader Russia matter on May 17, 2017. The whole purpose of a special counsel is to remove the appearance of a conflict of interest.

So, did McCabe start an investigation sometime in the six to ten weeks between the letter and Mueller’s appointment? If so, that’s mighty fast in making such an odd choice. And did McCabe make the call on his own? I’d presume a decision of this magnitude would have been approved by the Director—still Jim Comey unless the decision was made between his firing on May 9 and Mueller’s appointment eight days later. Which, one would think, would have further fed a desire to fire Comey.

Further, if the investigation was started before Mueller’s appointment, wouldn’t it have been immediately halted and turned over to Mueller? Sessions’ testimony about Russia was certainly under his remit and turning it over to him would have gotten the FBI—already under fire for its handling of the Clinton emails and the Russia matter—out of an awkward situation.