Mississippi has passed a law that seems designed to directly challenge the underpinnings of Roe v. Wade. 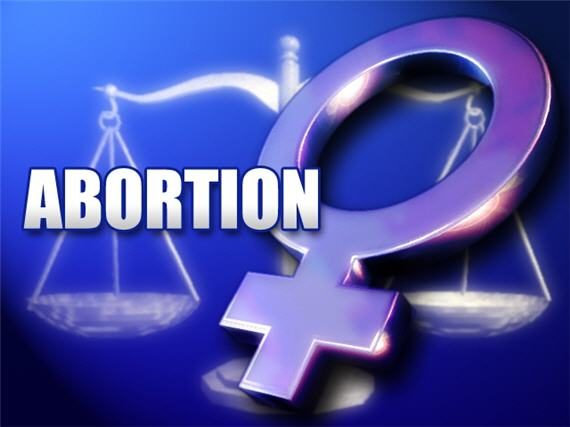 Mississippi’s legislature has passed, and the Governor has signed into law, what amounts to the most extreme law against abortion that we’ve seen in the forty-six years since Roe v. Wade became the law of the land:

Saying that he was “saving the unborn,” Gov. Phil Bryant of Mississippi signed into law on Monday a measure that would ban almost all abortions after 15 weeks of pregnancy. Abortion rights supporters called it the earliest abortion ban in the country, and said it was an unconstitutional restriction that defied years of federal court precedent over the limits states may impose on abortion providers.

The only abortion clinic in the state quickly filed a complaint in federal court to block the law.

The bill, labeled the Gestational Age Act, was passed overwhelmingly by both chambers of the Republican-controlled State Legislature this month.

The governor was in a jovial mood as he signed the bill into law. “We are saving more of the unborn than any state in America, and what better thing we could do,” said Mr. Bryant, a Republican serving his second term.

He said he expected a swift legal challenge, and indeed, the abortion clinic, the Jackson Women’s Health Organization, filed a complaint in United States District Court for Mississippi’s Southern District less than an hour after he signed the bill into law. The organization sought a preliminary injunction preventing officials from enforcing the act. Later Monday, the organization filed a motion for a temporary restraining order, said Robert B. McDuff, one of the lawyers for the clinic.

In a telephone interview late Monday, Diane Derzis, the owner of the clinic, said that a young woman whose pregnancy was beyond the 15-week limit was scheduled for an abortion on Tuesday.

“She’s the first casualty of this bill,” Ms. Derzis said, unless the court grants the injunction. “That’s the saddest thing of all. We’re not talking about an issue here. We’re talking about people. This is a decision she made to better her life, and we’ve totally interfered with that.”

Mississippi law had previously prohibited abortions after 20 weeks. Ms. Derzis said that her clinic does not perform abortions after 16 weeks, so the previous law had not been challenged in court.

Two of the three lawyers representing the clinic work for the Center for Reproductive Rights, a New York-based abortion rights group. In a news release, the group said that the law violated longstanding Supreme Court precedent, established in Roe v. Wade and reaffirmed in a 2016 case, Whole Woman’s Health v. Hellerstedt, that states may not ban abortions before they are deemed viable outside the womb, which is generally at about 24 to 26 weeks.

The group noted that in 2016, the Supreme Court declined to review lower-court rulings that struck down a North Dakota law that banned abortions after six weeks and an Arkansas law banning them after 12 weeks.

Mississippi’s new 12-page law offers no exceptions for cases of rape or incest, but it does allow exceptions for “a medical emergency, or in the case of a severe fetal abnormality.” The text of the law also lays out a number of familiar arguments embraced by abortion rights opponents, calling the procedure “a barbaric practice, dangerous for the maternal patient, and demeaning to the medical profession.”

The clinic’s complaint lays out another set of familiar arguments: “Abortion is one of the safest medical practices in the United States,” it says.

Katherine Klein, advocacy coordinator for the American Civil Liberties Union’s Mississippi branch, said she expected the law to be struck down. “The governor is signing a clearly unconstitutional bill that’s just going to waste taxpayer money in the inevitable litigation that is to come,” she said.

Mississippi’s move comes in the wake of a movement that has gone on over the past several years in the wake of widespread Republican victories at the state legislative and Gubernatorial levels that has seen a widespread type of attempts to restrict access to abortion. These methods have included everything from bans on abortion after 20 weeks to regulations that are purported to be an exercise of the state’s power to regulate the practice of medicine generally. The 20-week ban has been based on supposed scientific evidence regarding fetal heartbeats and the alleged ability of a developing fetus to feel pain that largely ignores the viability standard that was established by the Supreme Court’s ruling in Roe v. Wade. Under that standard, the state’s authority to ban or significantly regulate abortion generally is based on the point at which a fetus has a chance of living outside the womb. Even with scientific advances since 1972, that point remains at somewhere roughly between the 22nd and 24th weeks. While abortion rights have been under near-constant assault since then, the Federal Courts have largely held to the standard established in Roe.

Most recently, for example, in 2016 the Supreme Court upheld a ruling against a Texas law that imposed strict requirements on abortion clinics that seemed to be clearly aimed at making it more difficult to obtain abortions in the state. In its ruling, the Court agreed with lower Federal courts in finding that the regulations had no real medical benefit and that it was clearly aimed at making it harder for women to obtain abortions that would otherwise be legal by making it harder to legally operate an abortion clinic in the state. Prior to that ruling, which came notwithstanding the fact that the court was still divided 4-4 between liberals and conservatives due to the death of Justice Antonin Scalia, the last significant ruling from the Supreme Court on this issue had been Gonzalez v. Carhart, which challenged a law passed by Congress imposing a nationwide ban on so-called “partial-birth” abortions. Notwithstanding the fact that it is entirely unclear which part of the Constitution actually gives Congress the power to legislate on this issue, the Court upheld the law a proper exercise of Congressional authority. Prior to Gonzalez, the Court had ruled in the 2000 case  Stenberg v. Carhart that a similar ”partial birth abortion” passed into law was- unconstitutional. These two cases dealt with a limited number of situations, though, and the laws at issue did not purport to touch upon, or seek to limit abortion rights early in pregnancy. The last major case that dealt the issues flowing from Roe v. Wade, though, was Planned Parenthood v. Casey, which came down all the way back in 1992. In Casey, the Court clarified the case law that had flowed from at least to some extent and held that regulations imposed by the state that impact the right to abortion will be struck down if they impose an ‘undue burden’ on the ability of women to obtain an abortion. Given that standard, it became far more difficult for pro-life forces to use state law to restrict access to abortion and, thus, something of a stalemate developed that lasted for quite some time. As a result,  litigation related to abortion regulations were largely relegated to the Federal District Courts and the Circuit Courts of Appeal, but there had largely been a stalemate on the issue for the better part of the decade in that the legal issues after Casey became more complex and the political will for further restrictions on abortion didn’t really exist for quite some time.

The Texas ruling in 2016 is significant precisely because it reaffirmed not only the decision in Casey but also the central logic of Roe itself and the question of when and how the state can restrict a woman’s ability to have access to an abortion. This arguably sends the signal that the forty-three-year-old precedent in Roe is unlikely to be kicked to the curb by this Court or, depending on the election results, any Court in the foreseeable future. Indeed, thanks to concepts such as stare decisis the longer Roe remains good law the less likely it is that the Court will overturn the cases central holding and return the nation to the status quo that existed prior to January 1973. Obviously, Mississippi’s legislators and Governor either did not get that message or are deliberately ignoring it.

The most likely explanation, of course, is that they are fully conscious of the fact that this new law is a direct challenge to existing case law on abortion that is clearly designed to test the Supreme Court’s ruling in Roe and the cases that followed. As with the other state laws that I note above, it seems clearly designed to provoke a court challenge that advocates hope would lead to Roe being overturned or severely restricted in its applicability in a manner that makes it far easier for states to restrict abortion rights. Whether they will succeed will depend in large part how the Federal Courts deal with this law and other similar laws that have been passed across the country.

Update: The U.S. District Court Judge hearing the case against the new law has granted a Temporary Restraining Order barring the law from going into effect.