The award-winning political science group blog The Monkey Cage is moving under the masthead of the Washington Post: 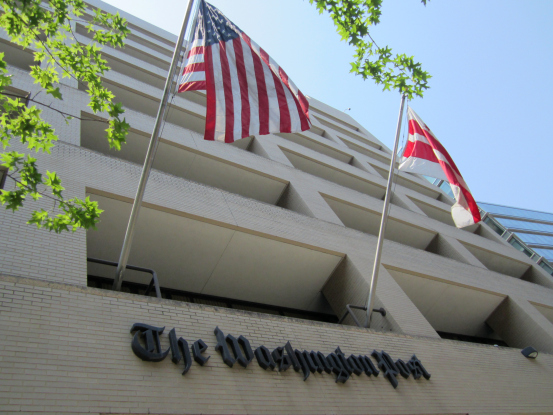 John Sides announced yesterday that his award-winning political science group blog The Monkey Cage is moving under the masthead of the Washington Post:

After 5+ years of writing and growing as an independent blog, we think that the Post offers a tremendous opportunity both to increase and broaden our audience and to improve our content.  We think that it will be a great place to continue the blog’s mission of publicizing political science research and providing informed commentary on politics and current events.

In response to a reader question, co-blogger Joshua Tucker announced that they have “negotiated a one year exemption from the paywall” and that, “After that, will continue to be open to anyone with .edu, .mil, and .gov accounts.” Sides added, “Washington Post articles that are accessed via social media links — Twitter, Facebook, etc. — also do not count against the monthly allotment. The paywall is intentionally leaky in this regard.”

Still, despite continued editorial independence, Sides allows that there will be some subtle pressures that influence topics:

[T]he blog will continue to talk about content related to the discipline (a) when it has broader public policy implications (like NSF funding) or (b) when it speaks to broader academic debates, like the sort of stuff that would be covered in the “ideas” section of a newspaper. But something like the recent discussion on the APSA conference is probably less well-suited to the Post. This is another of the trade-offs we faced in moving to the Post (see also what I said upthread): the chance to reach a broader audience versus the knowledge that a fraction of our content (a fairly small fraction, though) isn’t really interesting to that audience and may therefore get less emphasis once we move.

That’s a pretty modest concession for greater exposure and, one presumes, more money. And several of the contributors have privileges at other blogs if they really have a hankering to launch a discussion of professional minutia; hell, they’re welcome to contribute those to OTB if they wish.

Amusingly, they make this move just after I’ve moved on from daily work at the Atlantic Council, which was directly across the street from the Post on 15th Street during almost my entire tenure and which moved across the Post’s L Street side earlier this month.