A game wherein one team has to score more points to win than does the other.

I was looking at the latest 538 forecast and was looking over the “Weird and not-so-weird possibilities” section.

Now, this really should be the issue: what are the odds that a given candidate will win the popular vote.

Indeed, the real issue should be who can win 50%+1 support nationally:

Here’s the breakdown for inversions (as well as for a tie):

So, a tie is crazy unlikely–it is practically a unicorn, and yet a tie has the same odds at the moment as Trump winning the popular vote and losing the EC. Meanwhile, the chances of that happening to Biden is 11 out of 100.

That really underscores how much the system gives Trump an advantage.

Indeed, as per the above, Trump is only at 14/100 to win the popular vote. That means a chunk of his pathways to winning the presidency (a total of 25/100 as of this writing) are, again, popular vote/electoral vote inversions.

This reminded me of a column I read last night by Jesse Wegman in the NYT: The Electoral College Will Destroy America.

It’s hard to find anyone who disputes that Mr. Biden will win the most votes. This isn’t a liberal’s fantasy. In a recent panel discussion among four veteran Republican campaign managers, one acknowledged, “We’re going to lose the popular vote.” Another responded, “Oh, that’s a given.” The real question is will Mr. Biden win enough more votes than President Trump to overcome this year’s bias in the Electoral College.

This is just an absurd system that is truly difficult to defend.

The panel that the piece references contains the following passage:

HANSEN: Yeah, for sure.

DIAZ: I believe if there’s record turnout, Trump can still win because of the power of the Electoral College. There’s still a pathway for him and it’s the pathway that I’ve been talking about forever. Hold the Sun Belt: North Carolina, Florida, Georgia and Arizona. Then, play in the Rust Belt and upper Midwest, [where he would only need to win one of these to reach 270]: Pennsylvania, Michigan, Wisconsin and Minnesota.

The Electoral College as it functions today is the most glaring reminder of many that our democracy is not fair, not equal and not representative. No other advanced democracy in the world uses anything like it, and for good reason. The election, as Mr. Trump would say — though not for the right reasons — is rigged. 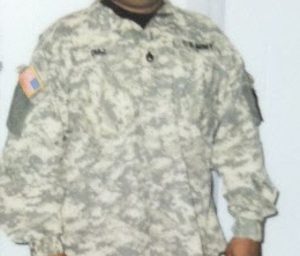 Harder to Get Job at Walmart Than Admitted to Ivy League School?

The US’ Flawed Democracy