Most Americans Oppose Drone Strikes on Americans in America

One in eight Americans support drone strikes against Americans on American soil. 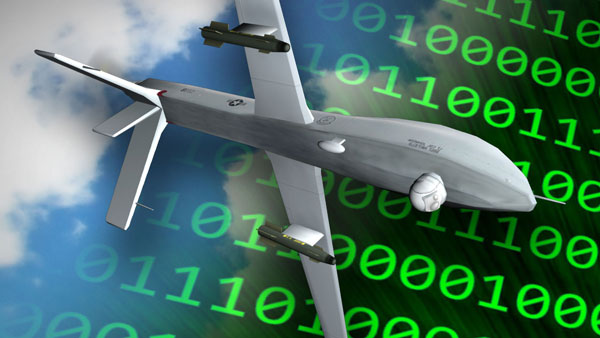 One in eight  Americans support drone strikes against Americans on American soil.

The survey results suggest that a majority of Americans would agree with previous U.S. drone attacks that have killed suspected terrorists living in other countries such as Iraq, Afghanistan, and Pakistan. However, the data indicate that less than a majority of Americans would have in principle supported the drone attack in the fall of 2011 against American citizens who were suspected terrorists living in Yemen. And the results show that substantial majorities of Americans are opposed to drone airstrikes “in the U.S.,” regardless of whether they are against U.S. citizens.

Republicans are at least somewhat more likely than Democrats and independents to say the U.S. government should use drones in all four circumstances tested in the survey. While a majority in each party says the U.S. government should use drones to launch airstrikes in other countries against suspected terrorists, Republicans (79%) are significantly more likely to say so than are Democrats (55%) and independents (61%).

Half of Republicans say the U.S. government should use drones to launch airstrikes in other countries against U.S. citizens living abroad who are suspected terrorists, compared with 41% of Democrats and 35% of independents who say the same.

The POLITICO summary is pithier:

A majority of Americans oppose the use of drone strikes on U.S. soil and against American citizens wherever they may be, according to a poll on Monday, but are perfectly fine with the program’s primary use — killing suspected terrorists abroad.

I suppose we should find comfort in the fact that only 13 percent of Americans support drone strikes in America against Americans who are merely suspected of criminal activity. More Americans believe in ghosts. Still, it’s a baffling notion.

Additionally, as Glenn Greenwald points out, this is the number who support the idea in the abstract. It would almost certainly be much higher if the president launched such a strike and justified it to the American public on national security ground. And, given the times, I fully expect that the partisan reaction would flip, with Republicans suddenly much less in favor of the idea than Democrats.

Now, I suppose it’s possible to conjure up a set of circumstances in which such a strike would be acceptable. We allow domestic police to use lethal force under exigent circumstances when the life of innocents is in immediate jeopardy. But, I hasten to add, we don’t allow the assassination of people who are mere criminal suspects. The LAPD couldn’t simply have sent snipers after Charles Manson, for example; they had to actually arrest him and he had to be charged with a crime and then proven guilty in a court of law.