Not Divorced, But Not Really Married

Some number of people are staying married while living separate lives. This is, apparently, news. 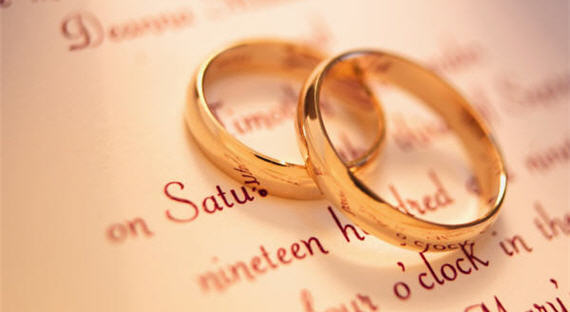 The NYT feature “The Un-Divorced” (alternate title:  “Why Divorce? Just Stay Separated“) has drawn a bit of blogospheric coverage.

It deals with the phenomenon of couples living separate lives but staying married for one reason or another.

The term “trial separation” conjures a swift purgatory, something ducked into regretfully and escaped from with due speed, even if into that most conclusive of relationships, divorce. We understand the expeditious voyage from separation to divorce, the desire for a clear-cut ending that makes way for a clear-cut beginning. We hardly look askance at the miserably married or the exes who hurl epithets in divorce court.

But couples who stubbornly remain separated, sometimes for years? That leaves us dumbfounded.

Society is full of whispered scenarios in which spouses live apart, in different homes or in the same mega-apartment in order to silence gossip, avoid ugly divorce battles and maintain the status quo, however uneasy. In certain cases, the world assumes a couple is divorced and never learns otherwise until an obituary puts the record straight.

Separations are usually de facto, rarely pounded out in a contract, and family law is different state to state. But even long-estranged couples are irrefutably bound by contractual links on issues like taxes, pensions, Social Security and health care.

Divorce lawyers and marriage therapists say that for most couples, the motivation to remain married is financial. According to federal law, an ex qualifies for a share of a spouse’s Social Security payment if the marriage lasts a decade. In the case of more amicable divorces, financial advisers and lawyers may urge a couple who have been married eight years to wait until the dependent spouse qualifies.

For others, a separation agreement may be negotiated so that a spouse keeps the other’s insurance until he or she is old enough for Medicare. If one person has an existing condition, obtaining affordable health care coverage is often difficulty or impossible. The recession, with its real estate lows and health care expense highs, adds incentives to separate indefinitely.

“Many people I’ve worked with over time enjoy the benefits of being married: the financial perks, the tax breaks, the health care coverage,” said Toni Coleman, a couples therapist in McLean, Va. “They maintain a friendship, they co-parent their kids, they may do things socially together. Sometimes they’re part of a political couple in Washington or have prominent corporate positions. But they just feel they can’t live together.”

What Ms. Coleman finds surprising is that the primary consideration is practical and financial, not familial. The effect of endless separations on the children rarely seems a priority.

“People split up and have these God-awful joint custody arrangements, so you would think that they stay separated for the kids’ sake, but I’m not seeing that,” she said. “It usually comes down to money.”

Others believe separation is easier on the children than is divorce. A 48-year-old social worker from Brooklyn, separated eight years, traded places with her husband in the same home, so that their children would not have to shuttle from one home to the other. The couple had an apartment where each would live when not at the family home.

“In hindsight, it was probably more confusing for the kids,” she said. “But we did it with their best interests in mind.”

But long-term separation can create big problems. If a couple isn’t divorced, their lives are still legally and financially intertwined. If your estranged husband goes on a spending spree, you’re responsible for the ensuing credit card debt. If you win the lottery, that’s community property. Finances can swing wildly, creating an alimony boon or a bombshell should one partner eventually want a divorce.

It’s an interesting concept, I guess.  Ann Althouse seems to think it’s a good idea while Joe Coscarelli is bemused that the NYT didn’t probe the sex lives of those featured.

But here’s the thing:  The story gives us a handful of examples of couples doing this, most notably mega billionaire Warren Buffett, who was “undivorced” from his wife from 1977 until her death in 2004.   But, aside from anecdotal comments from a divorce attorney, there’s no indication whatsoever that this practice is particularly widespread or even increasing at an unusual rate.   So, where’s the news?