Barack Obama's Washington is more foul-mouthed and course, according to no evidence whatsoever. 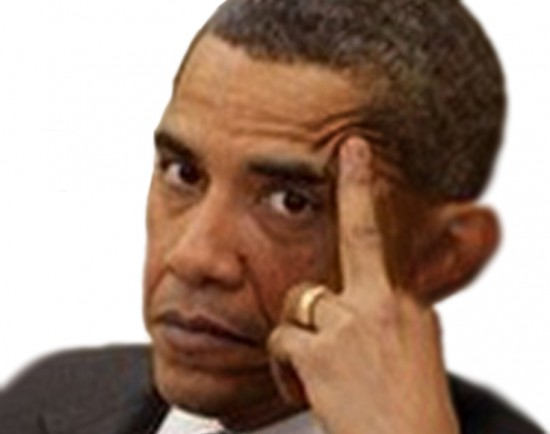 Barack Obama’s Washington is more foul-mouthed and coarse, according to no evidence whatsoever.

Dylan Byers and John Harris, POLITICO (“The new ‘no comment’: F— off“):

It is one of the signature developments of Washington during the Obama years: a flourishing F-bomb culture, one that has spread far beyond the White House and now pervades government-media relations in both parties, all across the capital.

The close 2012 presidential campaign has been an especially ideal environment for this new mind-set of nonstop combat — marked by blazing email trails, streaked with profanity and accusations of incompetence and bad faith.

These kinds of confrontations, while hardly unheard-of in earlier eras, now happen with frequency and ferocity that represents a fundamental change.

Operatives representing government and campaigns blame a pattern of hyperventilating and shallow coverage by the media, and say getting aggressive — and at times volcanic — with reporters is a natural response when confronted with frivolous or insulting inquiries, or complicated questions that come with a warning that a story will be posting within minutes.

Reporters blame a pattern of swaggering non-responsiveness among press aides, in which operatives often seem to be posturing to win favor with colleagues and bosses for being tough and infuse what should be routine interactions with a mood of snarling, self-important melodrama.

There’s little doubt that swearing, including the F-bomb, has gotten steadily more pervasive in my adult lifetime. It’s gone from “sailor talk” to the way a lot of normal people, myself included, express themselves. But I haven’t noted any rapid escalation over the last four years and, whatever other flaws Barack Obama may have as a role model, a propensity for coarse language isn’t among them.

I suppose this is possible:

“The 24/7 news cycle, the fact that every movement is tweeted, what a candidate is having for dinner is a short blip on cable news — it creates tension,” Manley explained. “The press feels the need to cover every single minute, every single action, and it puts the flacks in a defensive crouch automatically.”

Reporters and media operatives agree that the increases in speed have put more demands on both sides: Reporters who used to file one story at the end of the day are now expected to write, tweet, blog and make television and radio appearances throughout the day. By the same token, those on the communications side have to be at the ready around the clock. To meet these demands, reporters and press representatives spend less time meeting with each other, opting instead to handle much of their correspondence over the phone or, increasingly, by email and instant message.

“Going after someone with an obscenity-laced attack from reporter to flack, or flack to reporter, happened 30 or 40 years ago. But it didn’t happen electronically, it happened over a drink at the end of day,” Joe Lockhart, the veteran Democratic press secretary, said. “It’s amazing just how sterile the relationships are now. There are technologies that bring people together and technologies that separate us. The current technology has allowed people to report things quicker, but it’s driven a wedge between reporters and the people who cover them.”

“There used to be time to get answers, to establish a relationship. Now it’s feels like a fast-food media environment,” said Ron Bonjean, the veteran Republican spokesman. “The media is going through the drive through, and if they don’t get it in time, they go with the story even if it may be somewhat inaccurate.”

Because email and instant message are so impersonal, reporters and flacks are less wary of flying off the handle.

“People will say things to you in emails that they would never say to you to your face. They’ll go further in emails than they would have on the phone or in person,” Baker said. “There is something liberating about typing. You get these emails full of words that wouldn’t be acceptable in the family newspaper.”

Or see, for example, the comments section of most blogs.