Obama vs. Pentagon on Libya

The Pentagon is frustrated that the Obama administration doesn't "seem to understand what military force can and cannot do." 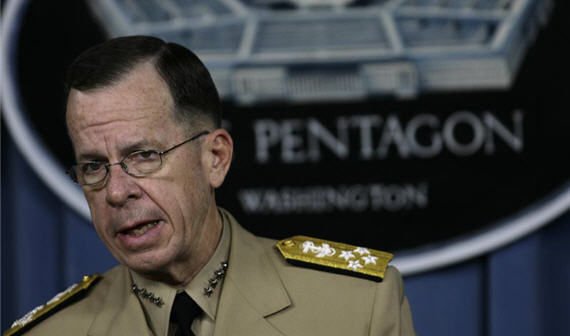 After 26 months in office, President Obama still has not forged a smoothly working national security team that can both nimbly pounce on military crises and deftly manage festering problems, say current and former U.S. officials.

As in previous administrations, much of the problem lies in the friction between civilians working in the White House and military officers and Defense Department civilians working across the Potomac River in the Pentagon. Senior officials describe the predicament as a “culture clash.” The miscommunications and misunderstandings between the groups cause frustration and anger, which sometimes even leads to policy paralysis, officials say.

I can’t speak to whether the Obama administration has particularly bad working relations with the military brass, although I haven’t seen any evidence of it. But Wood’s report really points to something else: the disconnect between the domestic politics of foreign policy and its realities.

One recent example of this dynamic at work is the Obama administration’s tentative, half-way intervention in the Libyan uprising.

“It’s a mess,” lamented a senior U.S. official. Washington took the bold step of committing military force, but not enough to win. The administration waited to apply very limited military force until it was almost too late, and now, the official says, it has painted the U.S. “into a corner.” In the resulting stalemate, Libyan rebels and civilians are being ruthlessly pursued and killed while the United States, in effect, stands helplessly by.

The White House wanted the Pentagon to come up with a low-cost regime-change plan for Libya. Ideally, this strategy would have toppled Col. Muammar Gaddafi without bogging the U.S. down in another inconclusive foreign adventure. And by no means could the plan have included young American infantrymen advancing under fire across the sand.

The military kept insisting that no such option existed. A real regime-change operation, some officers argued, requires “boots on the ground.” That was a cost the White House, given rising domestic pressure to bring the troops home from Afghanistan and Iraq, was unwilling to consider.

In long meetings and email exchanges, arguments over strategic details often led to more serious disagreements, the official told The Huffington Post. The White House thought the Pentagon was disrespecting the president by refusing to propose a politically acceptable action plan, while the Pentagon became furious that White House officials didn’t “seem to understand what military force can and cannot do,” the official said.

Military analysts warn that simmering disputes like this could adversely affect the missions in Libya and elsewhere.

“I worry the [White House] civilians will interfere and mess up” the clear-cut military operation in Libya, said Duke University Professor Peter Feaver, who managed Iraq War policy in the Bush White House from 2005 to 2007. But, he added, “I worry that the military will do what it wants and ignore the political guidance from the top. The truth is,” he told The Huffington Post, “both bad things could and have happened in the past.”

This isn’t really a story about civil-military relations in the classic sense. The military’s leadership isn’t questioning the right of their civilian bosses to issue orders. Rather, there’s a mutual frustration at work. The administration has a set of foreign policy goals that can be achieved by military force but domestic considerations are limiting the type and amount of force it is willing to commit. The military leaders understand that intuitively and are insisting on either lowering the goals to those achievable by military force or eliminating the caveats in order that they might achieve the goals. Eventually, as I argued yesterday, the administration will have to do one or the other.