Obama vs. The Fly Round II 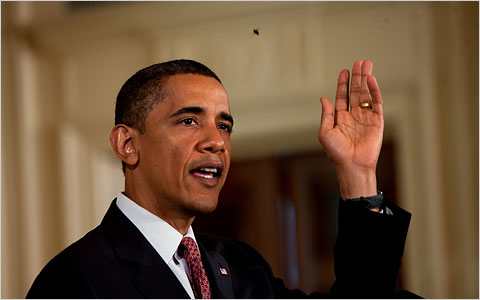 You may recall this incident from last year during an interview between the President and CNBC’s John Harwood:

Well, that fly may have met his doom but today it was all about the one that got away:

He may be the commander-in-chief, but President Obama apparently has no power to control a lowly fly.

During an event on Tuesday in the East Room of the White House to promote his new health care law, Mr. Obama was repeatedly pestered by the fly. He swatted away at it, to no avail, remarking impromtu that he had once “caught one of those.”

Mr. President, there’s one of you and at least a trillion of them. You pretty much got lucky the first time.