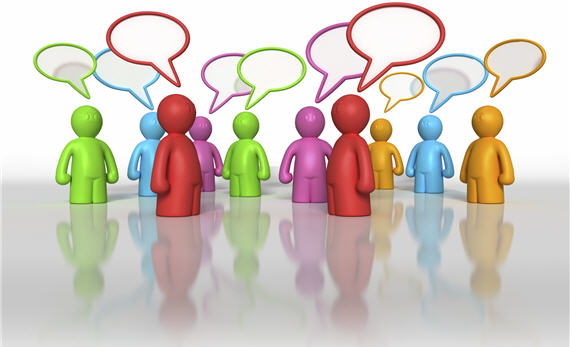 It’s been a familiar pattern since President Obama took office in 2009: When critics attack, the White House can count on a posse of progressive writers to ride to its rescue. Pick an issue, from the Affordable Care Act to Ukraine to the economy to controversies involving the Internal Revenue Service and Benghazi, and you’ll find the same voices again and again, on the Web and on Twitter, giving the president cover while savaging the opposition. And typically doing it with sharper tongues and tighter arguments than the White House itself.

While the bond between presidential administrations and friendly opinion-shapers goes back as far as the nation itself, no White House has ever enjoyed the luxury that this one has, in which its arguments and talking points can be advanced on a day-by-day, minute-by-minute basis. No longer must it await the evening news or the morning op-ed page to witness the fruits of its messaging efforts.

While this is literally true, I’m not sure it’s meaningfully true. The same argument was being advanced more than a decade ago, when an army of conservative bloggers, myself included, was helping the Bush administration advance the case for war with Iraq, often making the argument much better—and certainly more sharply—than the administration itself.

But, yes, things have advanced since then. Social media, especially Twitter and Facebook, have systematized the spread of talking points in a way that didn’t exist in the early days of blogging. Blogging itself has professionalized and consolidated such that it’s essentially indistinguishable from the online versions of newspapers and magazines. And those mainstream publications are much less powerful than they used to be.

Still, the more interesting part of Oliphant’s argument isn’t the mere fact of a corps of partisan journalists and commentators helping the administration but the nature of that help.

Credit the explosion of social media, the fragmentation of news, the erosion of the institutional press. Fortuitously for the president, the modern media landscape not only provides ample space for the expression of pure partisanship, it actively encourages it. Backing your friends and belittling your enemies is a healthy business model, one rewarded by a torrent of clicks, retweets, “likes,” and links. “The incentives are to play ball,” says one former liberal blogger, “not to speak truth to power. More clicks. More action. Partisanship drives clicks.”

The Obama administration had the good fortune to come to power just when the forces undermining the traditional media became truly disruptive, creating a Web-based royalty. And those who came of age, who mastered the new tools, were largely in step with the administration—in many respects mirroring the young Turks in Obama’s ranks who used those tools in similar ways to get the president elected.

The new landscape has allowed the White House communications shop do what it does best: Figure out new ways to bypass the mainstream media. It holds off-the-record briefings, sometimes with Obama in the room, for select progressive bloggers from outlets such as TPM and ThinkProgress. (More than once, a National Journal reporter who previously worked at a liberal outlet has been invited as well.)

The outreach to progressive bloggers is part of a multipronged White House media strategy that also involves briefings with the likes of bureau chiefs, prominent columnists, even conservative writers such as Byron York and David Brooks, although certainly with each group, the mileage varies.

Consider: A search of White House records shows Ezra Klein, then with The Washington Post’s Wonkblog, visiting more than 25 times since 2009; last week, a Post story detailed the travails of Lesley Clark, a White House reporter for McClatchy who has been to the Oval Office three times in the last three years, and has asked one question directly to Obama in all that time.

The hope, from the White House’s perspective, is that progressive media elites sway the mainstream press. “Obviously, all journalists are reading each other on Twitter,” says Tim Miller, executive director of the conservative America Rising PAC and a former spokesman for Jon Huntsman. “If you’ve got very articulate, passionate bloggers on the left who are making arguments why something shouldn’t be news, that might have a shaming effect on other journalists who might not want to be mocked or who might be convinced by their arguments.”

What’s noteworthy here isn’t the fact of skilled progressive writers and activists flacking for the administration but the degree to which the administration is coordinating the effort and bypassing the traditional media, which is naturally more questioning. But even that’s not a new thing, just a perfection of what Ronald Reagan and Bill Clinton were doing in their day. Clinton, in particular, famously used venues like the Don Imus and Arsenio Hall shows to get his word out and go around the Sam Donaldsons of the world, who would have asked more challenging questions.

Certainly, the writers don’t always do the Democrats’ dirty work. Zaid Jilani, a former blogger for ThinkProgress,an arm of the progressive Center for American Progress, said the White House reacted angrily when he wrote a post critical of the administration’s Afghanistan policy. Other progressive writers say they have gotten pushback from Obama aides when they haven’t toed the line on issues such as surveillance and immigration.

Still, Jilani worries that some endorse the White House’s positions not because they always agree with them, but because they don’t want to give the GOP any fodder. “That’s a hard thing to separate,” he says.

Joan Walsh, an editor-at-large at Salon, brought this tension to a head last year when she slammed Klein for being too critical of the Obamacare rollout and, in essence, giving aid and comfort to the enemy. “On one hand, yes, it’s important for Democrats to acknowledge when government screws up, and to fix it,” Walsh wrote. “On the other hand, when liberals rush conscientiously to do that, they only encourage the completely unbalanced and unhinged coverage of whatever the problem might be.”

Unbalanced. Interesting word for a card-carrying member of the progressive media to use.

Administrations have long bullied the press, making it very uncomfortable for them to report damaging news and granting or denying access on the basis  of propensity to put a positive spin on information. The re-emergence of partisan media in recent years has made that even more visible, with Republicans more likely to give interviews to Fox News or the Washington Times and Democrats favoring MSNBC and more liberal papers.

But we’ve reached a point where other journalists are joining in the process, making loyalty to the team more important than truth, accuracy, or even fidelity to one’s ideological viewpoint. That’s bad for the country and, ultimately, even bad for the team.