On A Personal Note

I just wanted to post a quick thank you to all of you who shared your kind words and thoughts regarding the news of my Dad’s passing earlier this month, both in the comments to the post that James Joyner kindly put up and via Facebook and Twitter for those who are connected with me in that manner. I ended up staying in New Jersey far longer than I had anticipated, in no small part because of the weather but also because we learned on Wednesday that my Dad’s oldest brother, Father Richard Mataconis, had passed away in Rome on January 21st, precisely ten days after my Dad had passed. Obviously, these two events happening so close together were quite a shock for the family. All of that, plus the fact that my Dad didn’t have Internet access at his home meant a far longer stay away from the online world than I thought, outside of my smartphone of course. Given that I’m likely to be spending a lot of time in New Jersey over the coming months, I’ll obviously have to do something about that situation. Of course, I guess I could just hang out at the local Starbucks to get business done, although I’m not sure I can go back to drinking that much coffee after having cut back considerable since my days in Law School.

In any case, I’m back in Virginia for the next couple weeks at least so blogging will return to normal shortly. 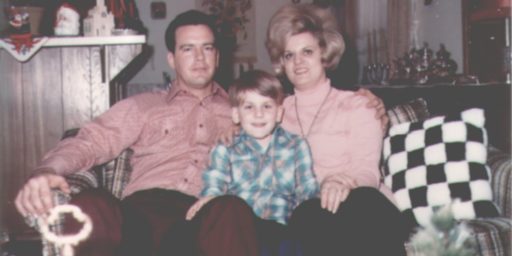