I don't feel the jubilation that came with Saddam Hussein's capture in December 2003. Sadly, I know better this time. 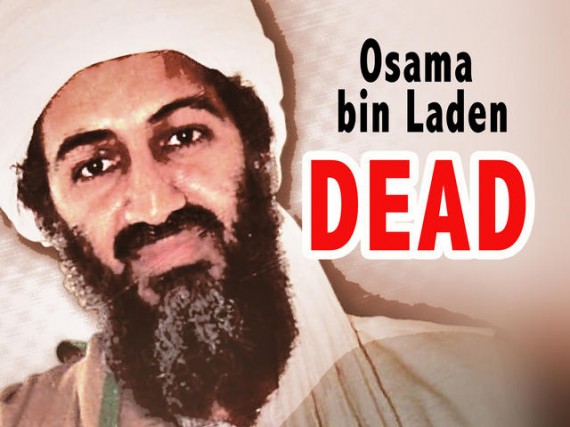 Killing Osama bin Laden after all these years is a tremendous achievement for America’s military and intelligence community and for President Obama.  It brings welcome closure to the thousands of victims of al Qaeda–which include the 1993 Bombay bombings, the downing of Philippine Airlines Flight 434, the bombings of the U.S. embassies in Nairobi and Dar es Salaam, the attack on the USS Cole, the Madrid train bombings, the London transit attacks; the Khobar massacre, the Hayat Amman hotel bombing, and many others in addition to the 9/11 attacks. But it’s not at all clear that it changes anything.

Shortly after Obama’s election, the Washington Post‘s Karen DeYoung reported that, as part of a new approach to the war in Afghanistan, “President-elect Barack Obama also intends to renew the U.S. commitment to the hunt for Osama bin Laden, a priority the president-elect believes President Bush has played down after years of failing to apprehend the al-Qaeda leader.” In a New Atlanticist post at the time, I observed,

[I]t would be ironic indeed if a Democratic successor to Bush seriously made tracking down a single terrorist a high priority.  Outgoing Democratic Party chairman Howard Dean caught a lot of flack when he said that the capture of Saddam Hussein would have little practical impact on our success in Iraq. He turned out to be absolutely right.  Putting bin Laden’s head on a stick — or capturing him and subjecting him to the indignity of an international criminal tribunal — would be enormously satisfying but have approximately zero impact on either stabilizing the region or combatting international terrorism.

For that matter, it’s not as if the Bush team didn’t try.  A new administration brings with it new leadership but inherits the existing intelligence and military apparatus.   Does anyone believe that Obama’s predecessor didn’t want to “get” bin Laden?  If nothing else, it would have been a tremendous October surprise that would have simultaneously boosted Bush’s popularity ratings and given John McCain a shot at keeping the White House in Republican hands.

Regardless, whether through increased focus or serendipity, United States forces got him under Obama’s watch. He escaped during the December 2001 battle of Tora Bora and it’s not clear whether he was ever in American crosshairs again.

In his speech last night announcing the raid, Obama declared that, “The death of bin Laden marks the most significant achievement to date in our nation’s effort to defeat al Qaeda.” That, frankly, is nonsense. It remains to be seen what impact the death of al Qaeda’s spiritual leader will have on the movement. But nearly ten years of fighting in Afghanistan, Pakistan, and elsewhere has long since rendered the organization a shadow of its former self.

Osama has been so far under ground these past several years that many in the expert community thought he was already dead. Al Qaeda has long since transmogrified into a brand name more so than a central planning hub for major attacks. Local jihadist groups used the al Qaeda label to increase their prestige. And so did quite a number of rank amateurs, orchestrating a series of botched operations reminiscent of the Keystone Kops.

One hopes that the Americans killing the iconic leader of that brand will tarnish its prestige. Certainly, it’s worth a try.

But there’s little reason to think he was still acting in any meaningful way as the leader of Al Qaeda or that his death will have any significant impact on what’s left of that group’s ability to plan and orchestrate terrorist attacks.

I’m happy that bin Laden’s gone. But I don’t feel the jubilation that came with Saddam Hussein’s capture in December 2003. Sadly, I know better this time.

What’s more interesting now is how he managed to live all these years in a deluxe manor within spitting distance of the Pakistani military academy. You know: our ostensible ally in the war on terrorism.

Note: This is a slightly expanded version of the original post.