The I coulda had a G8 Edition OTB Caption ContestTM is now over.

The I coulda had a G8 Edition OTB Caption ContestTM is now over. 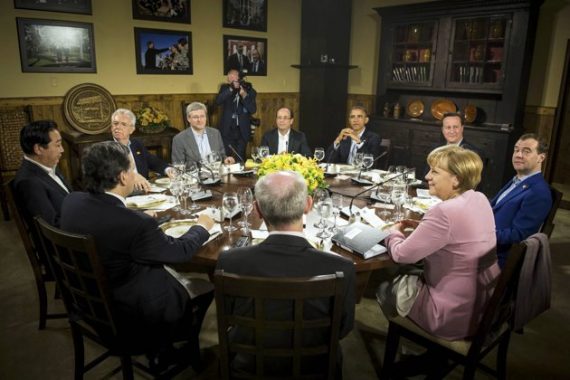 Second: Hey Norm – You guys are OK…but I kinda miss the guy in the cowboy boots fondling me.

Third: Talmadge East – Barack Obama: “We certainly appreciate the Chinese for paying for all of this…”

Allan Bourdius – “No Mr. President, a round table does not make you King Arthur or Sir Galahad.”

Doug Mataconis – “Gentlemen I’ve invited you all here to day to reveal the identity of the true murderer.”

jd – OK, this how it works. We get up, the music starts and they take away a chair…

Eric – Guuuys! We’re supposed to do a silly face one!!!

No its Greek Salad, not Greek squalid.