The How Low Can You Go? Edition OTB Caption ContestTM is now over.

The How Low Can You Go? Edition OTB Caption ContestTM is now over. 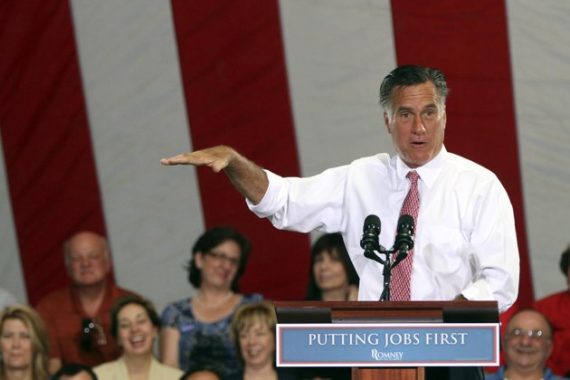 First: john personna – If you aren’t this tall, you ride on the roof.

Third: Herb – “My great-grandfather’s fourth wife was this tall when he married her.”

KRM – Reacting to pressure brought on by Obama’s recent executive order, Mitt Romney announces that as president he would “strictly enforce” immigration laws, including the erection of boarder fencing “about this high.”

James H – “You should have seen the one that got away!”

physics geek – “You must be this tall to become my Vice President.”

Robert W. Armijo – “Ron Paul may be gaining delegates in Tampa, but I just got word that I inherited a pile of ‘hanging chads’ this high.”

Damn dog jumps this high every time I get out that car carrier.

You must donate a stack of bills this high to ride my campaign bus.

Eanie Meanie Chili Beanie… The spirits are about to speak.