The Stretching The Truth Edition OTB Caption ContestTM is now over.

The Stretching The Truth Edition OTB Caption ContestTM is now over. 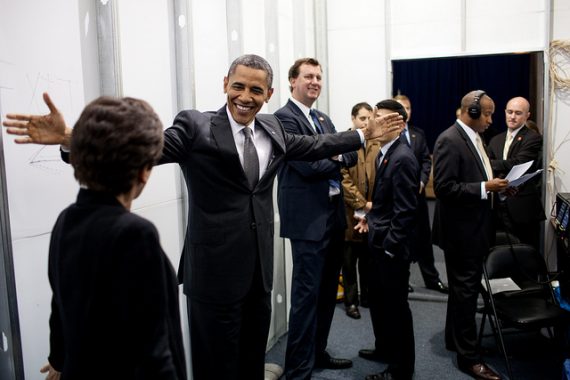 First: Hannah T – “Someday all of this could be yours. Oh, wait. You’re a woman. Never mind.”

Second: physics geek – “…and then Jesus said, ‘Peter, I can see your house from up here!'”

Donald sensing – “So I told Biden, ‘don’t ever get closer than this to me,’ because then we might be in the same photo. For some reason, he was quite okay with that.”

Donald sensing – “The private sector is doing this fine!”

Kenny U – I hate goodbye’s so how bout a hug?

al-Ameda – “My victory margin in November will be this big.”

“So how close is Obamacare to being a tax?”

“Missed it by that much.”

Until you spread your wings, you’ll never know how far you can walk.