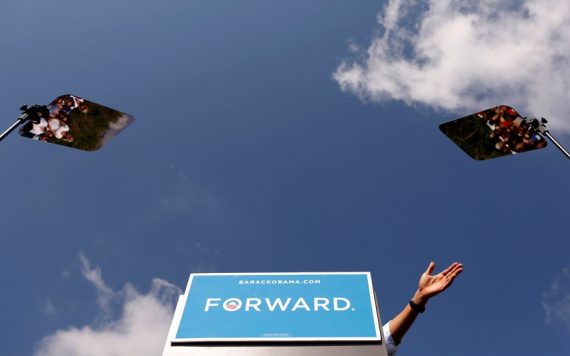 Al – For a hundred and ninety one weeks running, every entry at Instapundit’s weekly photoshop contest.

Donald Sensing – “You will note that when I say, ‘forward,’ I point only to the left.”

Mr. Prosser – Mitt’s view from the canvas after the rope-a-doping stops.

He really is the most transparent Presidency.

The fun really started with the two teleprompters contradicted each other.

The Thursday Contest has already rolled out the barrel.