The Hamster Dance Edition OTB Caption ContestTM is now over.

The Hamster Dance Edition OTB Caption ContestTM is now over. 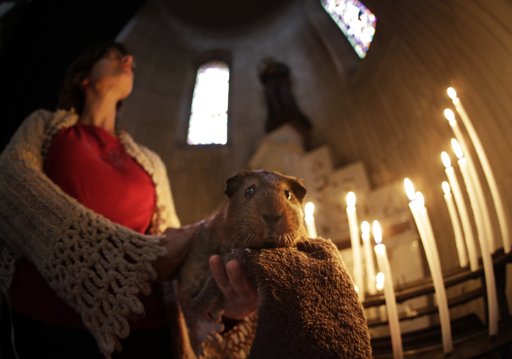 Second: Robert W. Armijo – No one was more disappointed to discover that Hinduism was the one true religion more than Joan of Arc.

Third: J-Dub – If you don’t know who is to be sacrificed, it is probably you.

John Burgess – “Wait! What?! Isn’t animal sacrifice blasphemous or something?”

Sabotage has been planned for the Holy Hand Grenade of Antioch

Whaddya mean I gotta parachute from 128,000 feet to get more captions?

While Honey Badgers just don’t give a damn, Guinea pigs are extremely compassionate.

The Thursday Contest has already seen the bottom fall out.