The Come On Baby Light My Fire Edition OTB Caption ContestTM is now over.

The Come On Baby Light My Fire Edition OTB Caption ContestTM is now over. 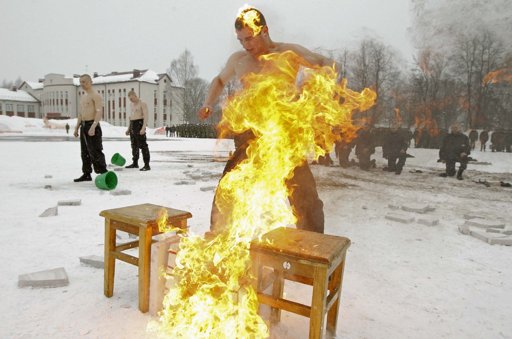 Third(tie): He who must not be named – Wait, what do you mean inflammable means flammable?

Patrick McCain – Scotty should have never operated the transporter while drunk.

aquanerd – Damn it… this seemed like a good idea when we drew up the sketch on the napkin!!!!

Alleged threats against Bob Woodward likely are not based on substance.

From a lesser know portion of the Koran — “’tis better to immolate than never.”

At the end of the Filibuster Rand Paul spontaneously burst into flames.

The Monday Contest has already been given the thumbs up.