The Tank Girl Edition OTB Caption ContestTM is now over.

The Tank Girl Edition OTB Caption ContestTM is now over. 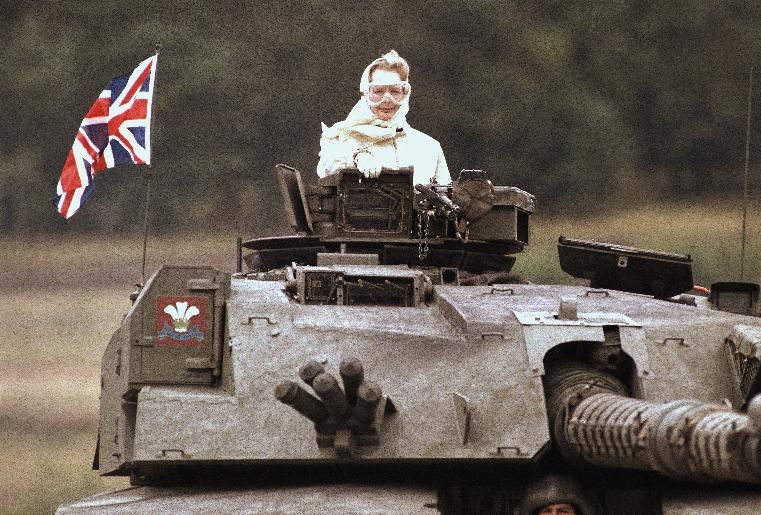 Second: Donald Sensing – “Does this tank make me look fat?”

Third: Doug Mataconis – In retrospect, Michael Dukakis should have worn a head scarf instead of that Snoopy helmet.

John425 – A Kardashian will do ANYTHING for publicity!

OzarkHillbilly – The real reason the Taliban were unable to get Prince Harry when he was in Afghanistan.

Hal 10000 – In a stunning turn of events, Margaret Thatcher rose from the dead today just to show how she’d deal with recent Argentine saber-rattling over the Falklands.

mannning – I always wanted a tank for my daily commute, just to intimidate the roadragers. Now I have one, so look out!

Margaret had her own way of playing, ‘Pull My Finger.’

The odds appear in her favor, but I’m still not sure you can discount Dick Cheney with his shotgun…

Now that’s a can of whupass.

The Thursday Contest has already found a way to get ahead.