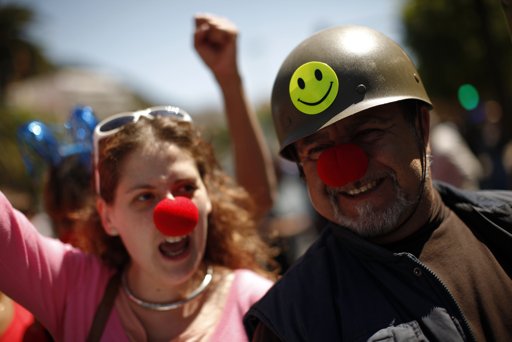 Second: Hal 10000 – Attempts by military personel to blend into the protests were not entirely successful.

Allan Bourdius – “Clowns to the left of me, jokers to the right, here I am stuck in the…”, wait, what?

Ozarkhillbilly – The gas attack in Taksim Square had a strange but tell tale effect on the protesters.

I think we’re all Bozo’s on the bus.

How do you mean I’m funny… like a clown? I’m a clown to you.

The Monday Contest is already a part of the chain gang.