The Shakedown Edition OTB Caption ContestTM is now over.

The Shakedown Edition OTB Caption ContestTM is now over. 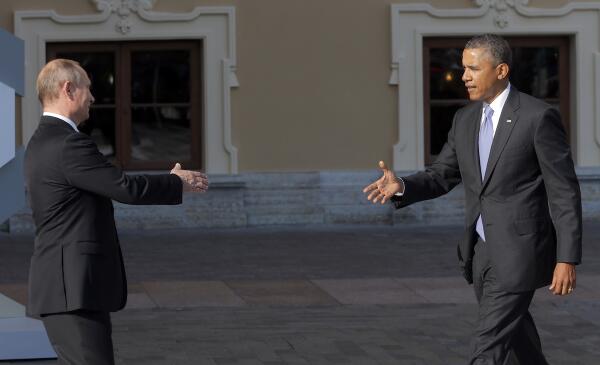 First: Tony W – {{{He he, Mr. Obama is totally going to scream when he feels my hand-buzzer}}}

Second: Pinky – (thinking to himself) “this jerk smells like walrus!”

Third: He who must not be named – In Russia you do not shake the KGB’s hand. In Russia, KGB’s hand shakes you.

Patrick McCain – “If I had a son, he would be a commie like you.”

Mu – “Ok, it’s a deal. I can take Eastern Europe again and you get to bomb Syria”

Robert W. Armijo – President Obama: Thanks for saving my ass on the Syrian crisis, Putin. Now what do you suggest I do about Obama Care?

Obama: (thinking) “Great I just got stung by a bee, now my head will swell up to twice its normal size for the next photo shot.”

One two three four I declare a thumb war.

The Thursday Contest it already in its final countdown.