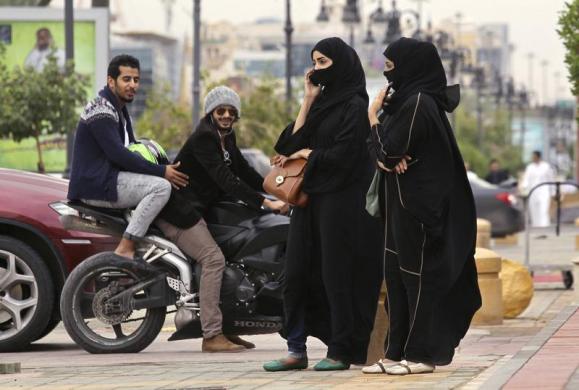 First: Mark Ryan – I didn’t know that there were TWO Kick Ass’s!!!

Second: Mu – She lowered her veil by half an inch, and Hassan’s life was changed forever.

Third: bill – Saheeb really knows how to turn the chicks on, but Askash hates riding bitch…

al-Ameda – “You know, Ahmad, I wish they all could be California girls, don’t you?”

Richard Ward – “You know, sis, if those two crazies always making catcalls at us ever crash their motorbike Uncle Yousef might finally get his kidney transplant”

OzarkHillbilly – Burkas are the cellulite solution. (… but not on a windy day – rodney)

Brian Evans – “Yes, they’re good looking – but for the love of Allah, get off my backside!”

RockThisTown – ‘This motorcycle is worth 20 goats!’

Women in Burqa’s are just like a piece of chocolate… you never know what’s inside until you poke a finger into their bottom.

Who cued the Meatloaf music?

The Thursday Contest has already been roasted.