The Woody Dysfunction Edition OTB Caption ContestTM is now over.

The Woody Dysfunction Edition OTB Caption ContestTM is now over. 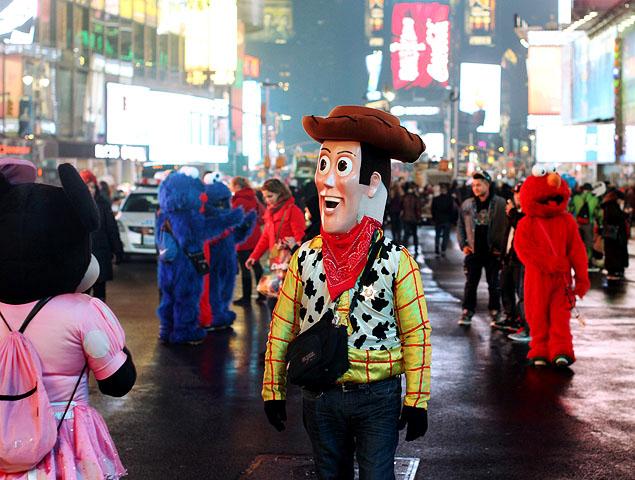 First: OzarkHillbilly – It’s that time of year again: “The 2nd session of the 113th Congress is now in session!”

Second: Moosebreath – Woody got Buzzed, and is wandering Times Square without making a Peep.

Third: CSK – It’s quite clear he rode a blazing saddle.

He who must not be named – What’s the problem? You asked Elmo to tickle you.

Mu – Woody couldn’t believe that he wasn’t the weirdest guy on Times square.

JKB – They told me that if a Progressive was elected mayor of NYC, you’d see woodies at Times Square again.

Hal_10000 – The recession has hit Toon Town harder than anywhere else.

bill – “so i tickled elmo……and i don’t want to talk about what happened after……..”

Pinky – what every tourist looks like to New Yorkers

Tillman – Elmo’s shocked face only subsided once he realized the man was pissing in the street because his socioeconomic class didn’t provide him with in-home toilet facilities. “Really,” thought Elmo, “it all comes down to the sociological forces that shape our lives.”

The look on Chris Christie’s face when asked about Bridgeghazi.

“Why do all those Japanese tourists want their picture taken with Rex instead of me?”

Tourists usually refused to pull Woody’s string…. after they found it didn’t have a ring on it… and didn’t come out of his back.

“I took the Pledge… Furniture Polish, that is… for my knob.”

The Thursday Contest already has a launch date.