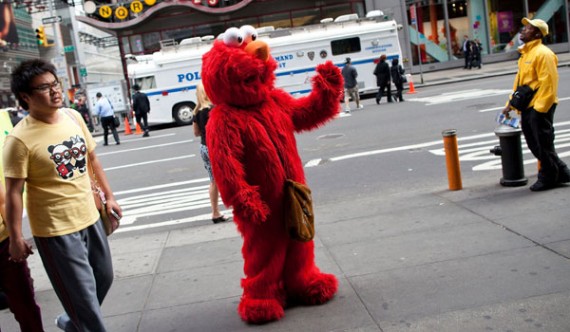 First: John425 – Don’t miss the new series, “Elmo and his nutsack” on PBS this fall.

Third: DCTrojan – As a member of the 99%, Elmo has taken the lead in the occupy sesame street movement. Next we’ll see Ernie and Bert leading the fight for same sex marriage.

As things digressed, Tickle-me Elmo became known as Heckle-me Elmo, and later, after a brief stint of incarceration, Bugger-me Elmo.

Disguised as Fickle-me Elmo, Justice Roberts was able to leave the court house in relative obsurity.

Then Elmo let loose the supreme insult… ‘You little girl.’

Another private sector worker getting along just fine.

The Monday Contest has already walked the plank. 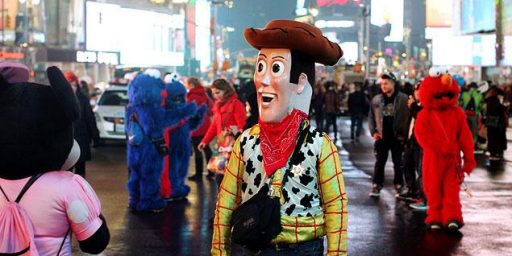