The Finding Nimrod Edition OTB Caption ContestTM is now over.

The Finding Nimrod Edition OTB Caption ContestTM is now over. 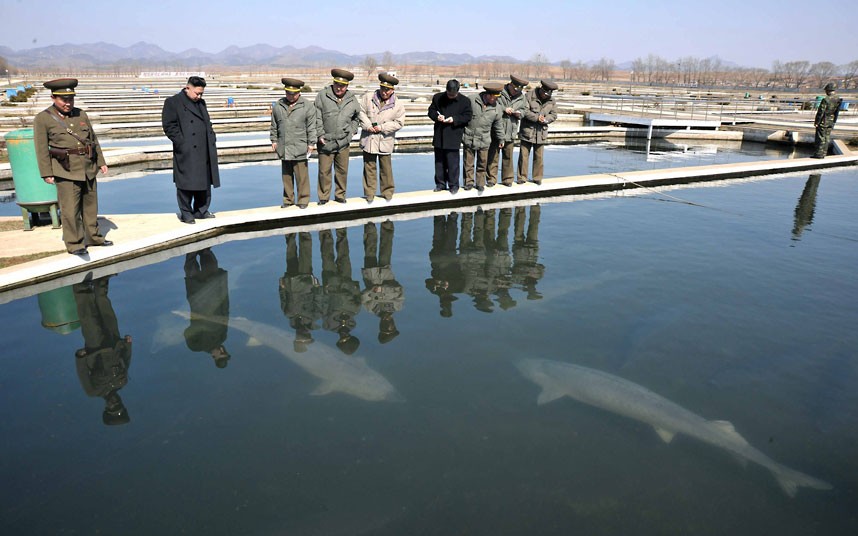 Second: Zack – “These sharks sorta lack drama without the frickin lasers attached to their heads.”

jd – It’s just an expression, sir. You don’t actually have to jump one.

Pinky – generations of adaptation led to this tiny-brained killing machine

OzarkHillbilly – Definitely not capitalists, they aren’t eating each other.

RockThisTown – “Sir, that one we named ‘The Worm’ after your good American friend.

Mikey – “I think I can see what’s left of Hans Blix down there.”

Tony W. – They look too calm – makes me twitchy. Bring me a lackey, no wait, how many more uncles do I have?

markm – General: “….aaand here at our hydroponic potato farm…uh-oh” Kim Jong: “WE’VE BEEN ATTACKED BY ANEMONE. SOMEONE CALL THE CODS!” Guy taking notes: “Who is the anemone?” Guy at far right: “What about SONY?”

A View To A Krill

“I started this fish farm just For The Halibut”

“Keep urchin up Sir, your people will always think of you as their Cod.”

“I just know Stephan Pastis is behind this”

Jong-Un plans a phishing scam to follow up on the Sony attack.

“I know they’re sturgeon… they’d still would be cool with frickin’ lasers on their heads.”

“No Sir, you noodle for catfish, not Canoodle with catfish.”

“The Imperialists have one… we also must have an Incredible Mr. Limpet.”