The Humphrey The Camel Edition OTB Caption Contest is now over.

The Humphrey The Camel Edition OTB Caption Contest is now over. 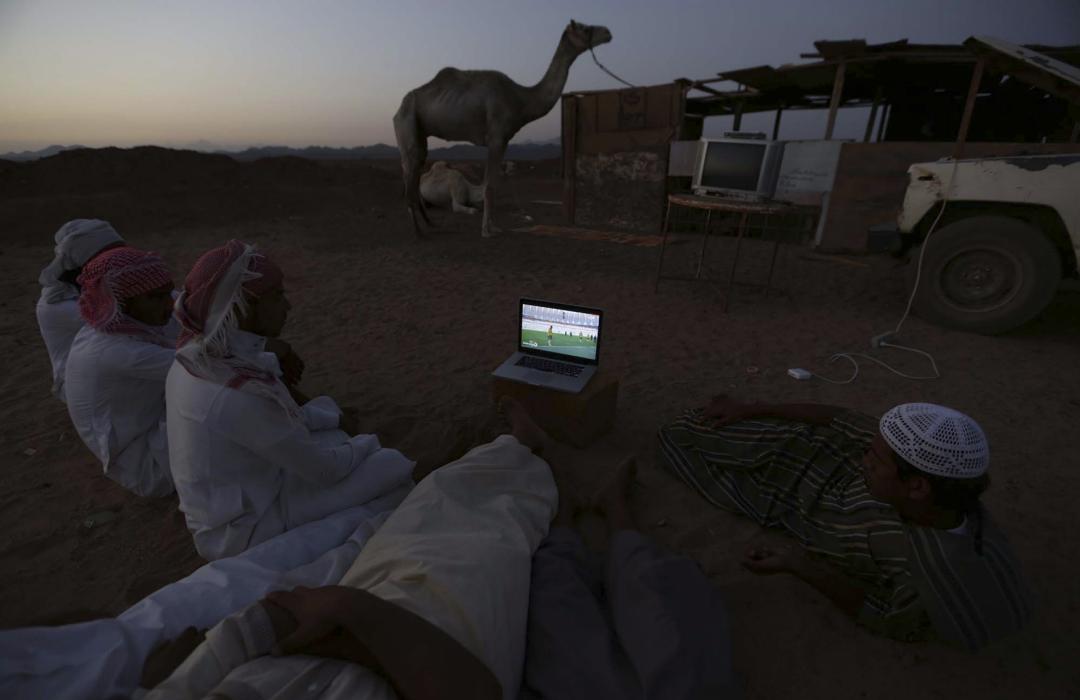 First: Tony W – Battery is running low, put the camel back on the treadmill.

Second: DrDaveT – Damn, there went the picture. Ahmed, point the camel a little more to the south…

Third: Pinky – “The Imam was right. The modern ways have brought us nothing but ruin. But it’s too late for us to go back, unless we have Windows 7 on a restore disk.”

Tillman – “Hey Sayid, you get Skyrim on this thing?”

Franklin – That wasn’t a penalty, don’t be such a dromedary queen!

RockThisTown – General: “Who is this Clint Eastwood, director of ‘American Sniper’? Bring him to me & he shall be dealt with accordingly!””

After the aridification process was complete the Jihadists found Paris to be a quite pleasant place.

Bactrian to the Future